Luke Bryan Loses “Male Video” Award for Having a Vagina 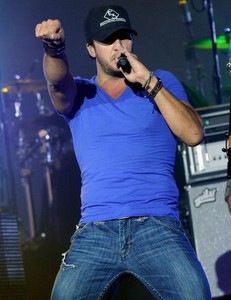 Last Wednesday night downtown Nashville was all abuzz with the annual CMT Awards going down, part of the greater CMA Fan Fest. However some controversy has arisen with the winner of “Male Video of The Year” for 2012, Luke Bryan. His video for the song “I Don’t Want This Night To End” was chosen as the year’s best, but a dispute about Luke Bryan’s gender has made CMT take the unprecedented move of revoking the singer’s award.

It’s pretty simple,” explains CMT spokesperson Harold Frankenfurter. “You can’t have a ‘Male Video of the Year’ winner who is in fact of the opposite gender. We want to be very respectful of Luke Bryan’s gender and life choices, but we do feel it is unfair to the other nominees to give him the award with ‘Male’ in the title when he is in fact a woman.” 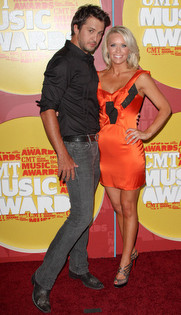 The controversy started when the former Filipino karaoke singer turned Journey frontman Arnel Pineda left the stage after Journey’s performance with Rascal Flatts that closed out the CMT Awards. Apparently the frontman observed Luke Bryan sitting down to urinate. This stimulated a chain reaction of events that led to Luke being accosted by CMT staff to verify his sex.

Bryan was uncooperative at first, appalled at the question and demanding a lawyer. An unusual provision in the CMT bylaws allowed the company to force Bryan into taking a blood test, but the test came back as inconclusive to Bryan’s gender. Then over the weekend, hoping to avoid any further controversy or bad publicity, Bryan finally put the suspicion to rest by revealing that he indeed has a vagina.

“Again, CMT wants to emphasize we are not discriminating against Bryan because of gender,” says Harold Frankenfurter. “Next year Luke Bryan is encouraged to submit a video for the ‘Best Female Video’ category if she so chooses and we will judge it right alongside the other female nominees, but Bryan will be permanently disqualified from the male side of things.”

As for who Luke Bryan is forfeiting his award to? “Eric Church,” Frankenfurter announced. “We were going to give it to Keith Urban, but we wanted to, um, assure there were no more gender questions with this year’s awards.

Luke Bryan’s vagina could not be reached for comment.