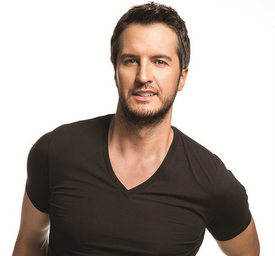 Folks are laughing at Luke Bryan, but not for the reasons they’re supposed to be.

According to professional prank pullers Roman Atwood and Dennis Roady in a new interview, they were hired by Luke Bryan’s record label Capitol Nashville to pull a prank on the superstar during one of Luke’s Spring Break shindigs. However Luke was apparently drunk when the pranksters tried to pull the ruse, and the situation turned ugly, resulting in the prank getting scrubbed for public consumption. Speaking with the “Allegedly” podcast, the stars of the new film Natural Born Pranksters spilled the beans on the botched prank, and it might even be better than if they had pulled it off.

“His record label flew us down to Panama City,” they explain. “We pulled off the prank, we executed it. He was doing a meet and greet with the sorority girls, hundreds of girls. We were playing two guys in the sorority so excited to meet Luke Bryan. The company set us up with a one on one. He was wasted. He was plowed. So I just start naming off everybody else’s music. I was like ‘Dude, your song ‘Thunder Rolls’ blew my mind. I still listen to it to this day!'”

Luke was apparently in no mood to deal with the hijinks, and his management thought the video portrayed the country superstar in a negative light.

“He ends up storming off so pissed they wouldn’t sign the release. They flew us down, they paid a lot for it,”  Roman Atwood and Dennis Roady explain. Apparently when one of them asked Luke if he’d ever hooked up with Dolly Parton, that was the straw that broke the camel’s back.

“He was so confused, and then the alcohol made him angry. And ten minutes after the interview we had with him, he had to come out and perform on stage. So we’re out in the crowd watching him.”

READ: Why We All Owe the Smoke Machine Guy at the Luke Bryan Show a Beer

You can hear the full interview below.