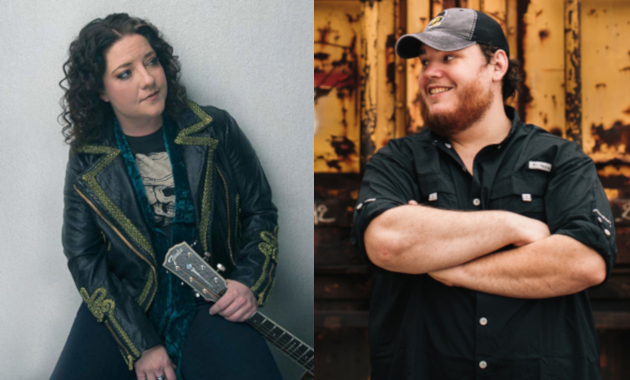 It’s cool that the ACM Awards spectrum out their annual “Best New Artist” award to male, female, and duo/group categories to give up-and-comers that much more opportunity for recognition. But it’s also lame how they report who actually won on a random Monday with a quick email before the April 7th awards, like your office may send out a memo to not use the 2nd floor bathroom until further notice because Carl broke the toilet again.

Part of the point of these awards is to shine a spotlight on the efforts of these deserving artists, and maybe stimulate some economic activity for them. Unfortunately announcing the recipients as an afterthought fails to do that in any measurable manner. But nonetheless, both Ashley McBryde and Luke Combs are worthy recipients, and the best choices for 2019 in their respective categories.

Luke Combs is the biggest thing going in country music at the moment, and it’s not even close. He’s currently on a historic run that we will be looking back on years from now as not dissimilar to when Florida Georgia Line, or Sam Hunt broke out, if not even greater, though it doesn’t seem to be drawing similar fanfare. And unlike those other guys, Luke Combs symbolizes a return to country music’s roots as opposed to a tearing away from them. Yes, we all agree he’s not Cody Jinks or Tyler Childers, but this is the very top of the mainstream we’re talking about, and a big ‘ol North Carolina boy with a twang in his voice and soul in his music is absolutely setting the world on fire. The importance of this cannot be overstated.

Just this week, Luke Combs became the first artist in country music history to lead all five of Billboard’s country charts simultaneously. Luke Combs is dominating radio, his streaming numbers are insane, and his fans actually buy and download songs as well. Luke’s song “Beautiful Crazy” has been #1 at country radio for 5 weeks and counting, which is unprecedented in this era when gerrymandered #1 songs crest the charts only to fall precipitously the next week. Luke Combs was the only right choice for the ACM’s Best New Male Artist, and was much more deserving than R&B interloper Jimmie Allen, or Mitchell “Bitches” Tenpenny.

Where the rest of the country music industry seems to be obsessed with making the women more pop under the misguided idea this is how to break through the gender barrier, Ashley McBryde has proven you can have more success simply being yourself, and offering something unique, original, and compelling. Whether McBryde ever finds success on country radio is quickly becoming irrelevant since her already-established grassroots are beginning to intertwine with the roots of independent and Americana fans, making Ashley McBryde a universally-appreciated artist, and giving her a plausible path forward to a successful career irrespective of radio, which is good since her current single, the ironically-titled “Girl Goin’ Nowhere” is struggling.

Ashley McBryde was also nominated for a Grammy award, and was even recently nominated for an Emmy for Outstanding Musical Performance in a Daytime Program for her renditions of “Girl Goin’ Nowhere” and “American Scandal” on CBS This Morning Saturday. Now with an ACM Award under her belt, she’s really starting to emerge as a serious contender for a woman who can break through the country music gender ceiling, and do it with music that is celebrated by a wide swath of country listeners as opposed to inducing cringes like some of the other possible selections.

… oh, and LANCO won for New Duo/Group of the Year.

Let’s just come out and say it: Artists that don’t fit Nashville’s pop star mold are the ones receiving some of the greatest traction in the genre at the moment, and it’s refreshing and exciting and bodes well for the future. Of course ACM Awards don’t mean much of anything, especially when they’re announced like a memo on Nextdoor about rowdy teenagers disturbing the yard ornaments in the neighborhood. But it’s a really positive sign for country music, and deserves to be celebrated.