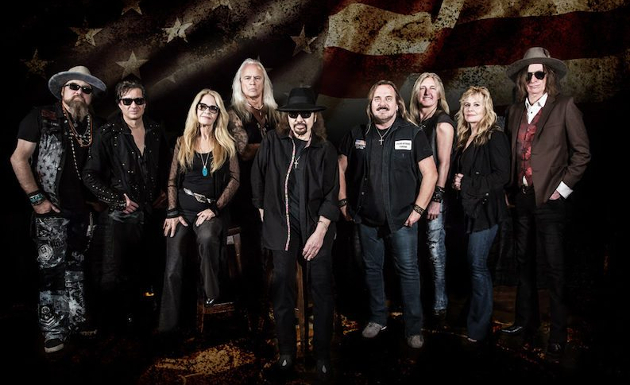 Southern rock Gods Lynyrd Skynyrd—or at least what’s left of them—have announced a massive final farewell tour, planning to leave the stage afterwards for good in the midst of a few of the post-1977 crash member’s declining health, including primary leader Gary Rossington who has suffered from heart issues over the past few years.

Starting May 4th in the band’s native state of Florida, and stretching until September 1st when they will circle back to Georgia, the “Last of the Street Survivors Farewell Tour” will also see many openers from the Southern rock world including Hank Williams Jr., Charlie Daniels Band, Bad Company, Marshall Tucker Band, .38 Special, Blackberry Smoke, Kid Rock, and Blackfoot on selected dates. They haven’t announced which openers are opening which dates at present.

Of course the original, most legendary lineup of Lynyrd Skynyrd was shattered when Ronnie Van Zant, Steve Gaines, and backup singer Cassie Gaines all died in a plane crash on October 20th, 1977 in Mississippi. Ronnie’s younger brother Johnny Van Zandt took over lead vocals when the band first reunited in 1987. Other 70’s-era members like Ed King and Artimus Pyle no longer tour or record with the band either. Gary Rossington is the only founding member still playing with the band.

No word if previous members of the band will appear on the farewell tour. The current lineup is Gary Rossington, Johnny Van Zandt, Rickey Medlocke (who played briefly in the band in the 70’s), Michael Cartellone (joined in 1999), Mark Matejka, Peter Keys, and Keith Christopher.

Tickets will go on sale beginning Friday, Feb. 2 at 10:00 a.m. local time via Tickebastard. Don’t be surprised if more shows get added.