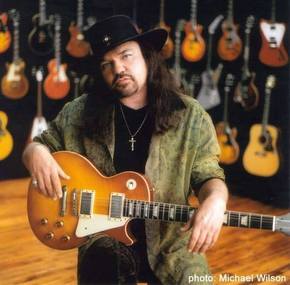 Rossington suffered permanent health issues in the notorious plane crash involving Lynyrd Skynyrd in 1977, which took the lives of Ronnie Van Zant, Steve Gaines, Cassie Gaines, assistant road manager Dean Kilpatrick, pilot Walter McCreary, and co-pilot William Gray. Because of his injuries, Rossington has experienced heart issues in the past, including needing heart surgery 12 years ago, and suffers recurring pain in his legs that occasionally keeps him from performing with the band.

According to daughter Mary Elizabeth they “almost lost him,” but through surgery the doctors were able to address the heart issues. “They went in to repair and unclog the two stents they did previously in the year which had a blood clot, added a third stent to one vein and in two weeks we will need to go in to do a fourth stent in one of his bypassed veins from 12 years ago,” she said in a statement.

“We were very close to losing him this time and just pray that they will develop even better techniques soon to deal with heart disease. We love and thank you all for thoughts, prayers, love and sympathy. He’s the toughest guy we know and hope we can keep him around as long as possible.”

The 63-year-old Rossington was also hospitalized earlier this year for an abdominal infection, and resulted in the cancellation of a tour date. Gary’s current health issues have put upcoming dates in Terre Haute, Indiana, and Mt. Pleasant, Michican on hold. The dates will be rescheduled for 2016.

Bob Burns, the original drummer for Lynyrd Skynyrd, died in a car crash in April.