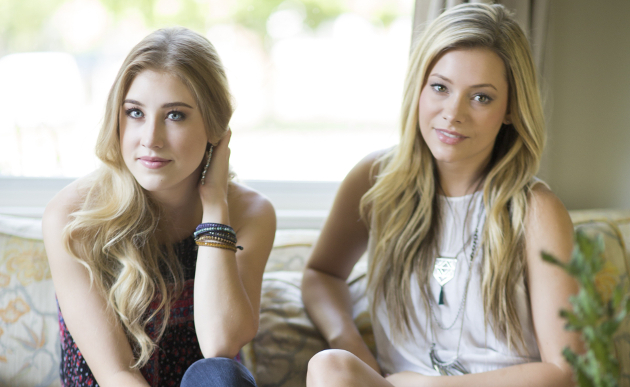 It’s tough enough for female-fronted mainstream artists the days, and it became even tougher for the songwriting duo Maddie & Tae when their division of Big Machine Records was dissolved in a downsizing. The fate of the duo was left in the air after it was announced that Dot Records would be ceasing operations. Some of the artists like Carly Pearce and Tucker Beathard were officially moved to Big Machine proper, but the fate of Drake White, Maddie & Tae, and others was left in the air.

Since Maddie & Tae’s deal was a partnership between Big Machine and the Universal Music Group, it was up to the two labels to decide which one wanted to take on the pair, or if either did. Then the contract would need to be renegotiated with their new home. Apparently out of that, UMG Nashville has decided to continue their representation of Maddie & Tae, and now that’s officially their label home. This information was sent to a select group of fans recently, and has also been confirmed by Taste of Country editor Billy Dukes.

The news comes as Maddie & Tae are scheduled to play Saturday (6-10) afternoon along with other UMG Nashville artists at an official UMG Nashville event called “Music Is Universal” as part of this week’s CMA Fest. No word on what specific branch of UMG Nashville Maddie & Tae will be signed to at the moment (MCA, Mercury, Capitol, or EMI) but the news is welcome relief to the duo’s fans who’ve been worried if they would re-emerge with a deal at all.

Maddie & Tae made a name for themselves with the anti Bro-Country smash hit “Girl in a Country Song” became a #1 in 2014. Since then the mainstream duo has won some fans in the independent and traditional ranks for their more rootsy sound, and for standing up against adding drum machines and other effects to their music.

They recently debuted a new song called “Somebody Else Will,” and say their anxious to release new music, and have written all the new material for a sophomore album themselves. No word as of yet when a new Maddie & Tae album or single may see the light of day.