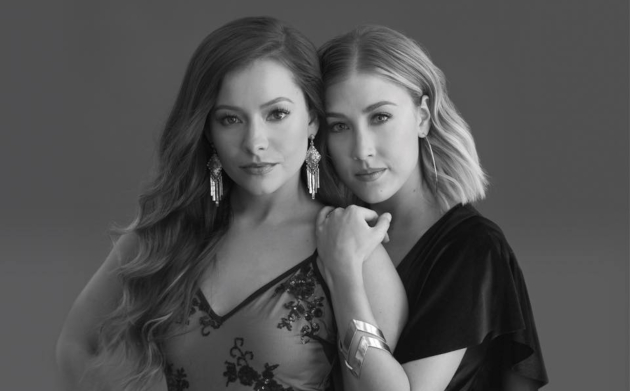 The snarky, anti Bro-Country anthem “Girl in a Country Song” is what put the country music duo Maddie & Tae on the map, but “Die From A Broken Heart” might end up being what makes their career, and whether country radio wants to play ball, or not.

Originally revealed to fans all the way back in the fall of 2018, and not released as a proper single to radio until May 6th, 2019, it has been a long, winding road for the song that features a strong, traditional sound, and excellent songwriting from the duo. But it’s also been a successful journey that may have an even more promising future.

Despite the lack of radio support, “Die From a Broken Heart” was recently certified Gold by the RIAA, mostly due to the strong support of the song via streaming by fans. The song has racked up a whopping 134 million streams total across all platforms. The duo celebrated the achievement recently during a Grand Ole Opry appearance, where they were presented with plaques for the certification.

But “Die From A Broken Heart” may just be getting started. After stalling out multiple times on radio, and hovering just outside of the Top 40, all of a sudden the song has found renewed traction, and shot from #36 to #30 on the Billboard Country Airplay chart just this week. Now that Maddie & Tae have secured a release date for their sophomore record—the conceptualized The Way It Feels due out April 10th—hopefully this will give radio and their label extra incentive to throw some additional support behind the song.

But even without radio, Maddie & Tae and “Die From A Broken Heart” have proven to be resonant. As radio continues to be a struggle for many women, the song’s success proves radio is not the only way forward. Going directly to fans with songs that hit hard has worked for Maddie & Tae. If they make it on radio now, even better.

When talking about he new wave of artists putting a more traditional sound on mainstream radio like Jon Pardi, Luke Combs, and others, don’t overlook the effort of Maddie & Tae’s “Die From A Broken Heart.”