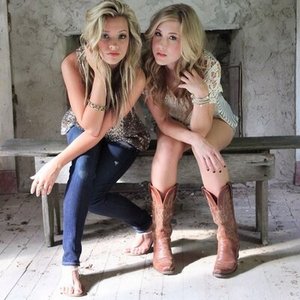 Could we be on the brink of a blockbuster country protest song?

I was going to start this off with a spirited dissection of just how Nashville’s Music Row is re-integrating the anti “bro-country” sentiment back into the country music industrial complex, just like they did with the “New Outlaws” in the earlier part of this decade, and make no mistake ladies and gentlemen, that is what is going on with this song, no matter the original intention of these two 18-year-old girls. But out of respect for these young ladies, and the song itself, we’ll leave a more in-depth exploration of those matters for another time (read more here).

Maddie & Tae are the first signees to Scott Borchetta’s Dot Records—the most recent imprint to his Big Machine Label empire (NASH Icons notwithstanding). Maddie & Tae were not signed to Dot because of a lengthy performance resume. The girl’s performance schedule has been very limited up to this point. They were not signed to Dot on the strength of a completed album. In fact their debut album is still in the writing phase. And it’s not because Maddie & Tae are making a big buzz in the social media world, or the music world in general. At the moment, the duo’s Facebook page only has 1,100 “likes” (though this will all change in due course, trust me). The reason Maddie and Tae were signed to Dot Records was off the strength of one tune, “Girl In A Country Song”, and that one song now has the duo being underwritten by country music’s biggest label, poised to take country music by storm.

Make no mistake about it, “Girl In A Country Song” will be a huge hit, because Scott Borchetta will make it that way. The pretty faces help, and so does the fact they they can write and sing a little bit—just exactly how much though has yet to be truly battle tested. But this one song is good enough apparently to give the duo a green light. Yes ladies and gentlemen, this is the brave new world of country music.

“One of the reasons we activated Maddie & Tae right now, it started with this song, ‘Girl In A Country Song’,” says Big Machine CEO Scott Borchetta in the duo’s EPK (see below). “I think we’re staring off Dot Records with an absolute heater. There is a gaping hole for a female act to come and re-engage teenage girls in the format. It really hasn’t happened since Taylor (Swift).”

In Rolling Stone‘s recent special country music edition, in the feature on Scott Borchetta, they capture Borchetta interfacing with the new duo. “Borchetta’s last meeting of the day is with Maddie and Tae, a perky blonde duo, both 18, signed to Big Machine publishing, who are about to become full-fledged label artists. Their label is excited about “Girl In A Country Song,” which pokes gentle fun at the genre’s stereotypes—but they need to finish writing the album.”

Maddie Marlow and Taelyn Elizabeth are from Texas and Oklahoma respectively. They met in 2011 via a vocal coach and originally were going under the name “Sweet Aliana“. Ahead of the release of “Girl In A Country Song”, they are saying most of the right things.

“There are so many teenagers and duos, so many people trying to do the same thing,” says Maddie. “All of it’s about guys. We like to write about that, too. But what’s going to set us apart? We want to be intriguing but also put out songs with good messages.”

“We kind of like to shock people,” adds Taelyn. “We like to write a song that most people would never expect from two teenage girls. We make it modern but still really country. Hopefully, it catches on with people.”

The two girls list their influences a Dolly Parton, Joe Dee Messina, The Dixie Chicks, Carrie Underwood, Lee Ann Womack, and Shania Twain, who they reinforce is “THE thing” in their ethos.

So what do we get when we finally get to hear this much ballyhooed “Girl In A Country Song”?

Sonically, we get a pretty straightforward pop country structure, with the sentimental banjo and mandolin present here and there, but not too loud or out front, as is the custom of the day. Rock guitar sets the rhythmic base of the song, and though the solo is handled by a fiddle (a scandalous decision these days), its tone is tinged such that it could almost be mistaken as a Stratocaster. The turntable scratches at the beginning could be serious, or could be mockery. It’s anyone’s guess at this point.

The girls sing with that saucy twang that starts purposely below the register, and comes up to meet the proper note, imbibed with lots of attitude a la Miranda Lambert.

The words to “Girls In A Country Song” are what have everyone riled, and undoubtedly are what have Scott Borchetta rubbing his hands together, envisioning this track co-written by the duo will strike at a nerve just at the time the bro-country wave has reached its peak.

I hear you over there on your tailgate whistlin’
Sayin’ “Hey girl,” but you know I ain’t listenin’
Cause I got a name and to you it ain’t
pretty little thing, honey or baby
It’s driving me red red red red red red redneck crazy

That’s right, Maddie & Tae are not just harping on “bro-country” per se, they’re specifically putting Blake Shelton’s “Boys ‘Round Here” (which has the same “red red red” cadence), and Tyler Farr’s creepy stalker song “Redneck Crazy” in its crosshairs. That’s a lot of guano-stirring for a couple of girls who likely wrote this song when they were 17.

Yes, “Girl In A Country Song” could very much be considered to fall in line with the long-standing country music tradition of protest songs, however playful, light, and potentially tongue-and-cheek as it might be. But let’s all just tap the breaks in saying this is “anti bro-country”. Are a couple of 18-year-old girls really looking to take on virtually the entire country music recording industry, even if Scott Borchetta has their backs? This song is being submitted to the masses because the bean counters at Big Machine think it can sell. That is in no way an attempt to belittle the sentiment and the inspiration instilled in this song by two girls, but let’s be honest.

The simple fact is country protest songs in 2014 are almost as clichÃ© as the songs they’re chiding. We have clichÃ©s calling out clichÃ©s, and soon we’ll have protest songs calling out all of the protest songs. and is this truly a protest song, or should it be considered more an “answer” song in the old school country convention, where a female (or male) artist takes a song and writes a playful rebuttal? The true “anti bro-country” songs aren’t saucy ditties like this one from Matty & Tae, and it’s certainly not Miranda Lambert and Carrie Underwood’s “Somethin’ Bad”. It is Kacey Musgraves’ “The Trailer Song“. It is First Aid Kit’s “My Silver Lining“. These are songs with true originality, with story, and from major label artists whose best songs have no excuse not to be released to radio. Bro-country won’t be defeated by being attacked, or by being one-up’d by employing the same shallow tactics. It will be defeated when it is ignored, when alternatives that resonate deeper are offered and bro-country blends into the background as the hyper-trend it is. By getting behind this song, the industry, or at least Scott Borchetta, is signaling they believe bro-country’s relevancy arch is getting long in the tooth.

This is a cute little song, but I hate to place too much of a burden on it by loading it up with what some country fans want from it. What Maddie & Tae will truly become in the country realm is yet to be determined, and with girls this young, we all have to be careful and respectful of what our words, wants, and wishes might do to their original visions and dreams.

In the Rolling Stone feature on Scott Borchetta, the part about Maddie & Tae concludes, “When the pair seem eager to defer to the company’s wisdom, Borchetta gently chides them, ‘We’re activating this because of your vision,’ he says, his expression grave. ‘Don’t lose it.'” This speaks to Borchetta’s long-standing principle to dole out more artistic freedom than most of his Music Row comrades. And I would concur with his sentiments. These girls are so young, who knows where things will go. But as for “Girl In A Country Song”, I think without question, it is headed straight to the top. And it’s somewhat empowering and resonant sentiment along with it.

To listen to “Girl In A Country Song”:

You can listen to it in the background of the EPK below, or ….

NOTE: The song might sound strange, especially in the beginning because it has been protected from re-recording. Hang with it.

As soon as a proper copy has been made available, it will be posted here.

“Girl In A Country Song” is set to be released to radio on 7/21 according to Windmills Country.