Man Accused of Rape at Keith Urban Concert While Others Watch 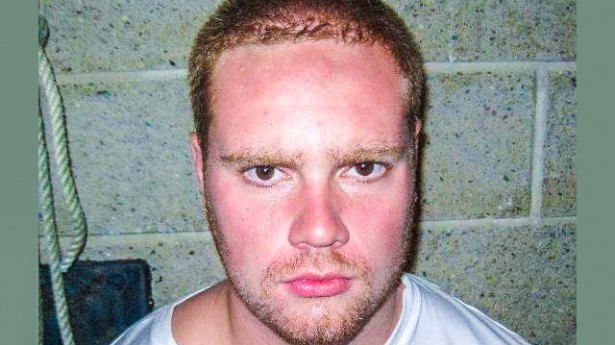 A Keith Urban concert in Mansfield, Mass on Saturday made national headlines when 55 people were arrested, 22 were taken to the hospital, and a total of 46 were treated by medical staff in what fire officials characterized as a “mass causality” event, having to call in ambulance crews from several other communities to help deal with the incident. The “Raise ‘Em Up” tour stop at the Xfinity Center also featured Jerrod Niemann and Brett Eldredge. Now the story of an alleged rape in the venue’s upper lawn is telling a deeper story to the moral depravity and transpired at the event.

According to the Sun Chronicle, 18-year-old concertgoer Sean Murphy allegedly raped a 17-year-old girl during the concert, while 15 or more concert attendees stood around and watched, many taking pictures and video of the incident. It ended when a woman attending the concert asked the girl if what was happening was consensual, and she said, “No,” and the woman pulled the suspect off the girl who then fled. Apparently Sean Murphy stood around for a short period, looking for positive acknowledgement from the crowd that had gathered about what happened, before disappearing into the lawn crowd. The girl’s friends took her to police, and the gates to the concert were temporarily closed until Sean Murphy could be found and detained.

Sean Murphy did not know the girl previously, and the two met at the concert according to police. They began kissing near a concession stand before moving to the lawn area. According to the young girl, she went with Sean Murphy because “she was afraid of what would happen” if she didn’t go. Both teens had been drinking at the concert.

According to Sean Murphy and his lawyer Neil Crowley, the sex was consensual. The lawyer pointed out that in the police report there was no mention of force being used in the incident. He said his client cooperated with police during the investigation. According to police, they overheard Sean telling his parents he “messed up” over the phone. Police have also obtained footage and photos of the incident from witnesses.

“This was a consensual act, not a sexual assault. There are no allegations of force or violence put against him,” Crowley said in a statement. “This was a private act that regrettably occurred in a public place. Mr. Murphy deeply regrets this incident and I’m sure the young woman does as well.”

Sean Murphy lives with his parents who posted the $10,000 bond for the teen. Murphy has no prior arrest record. He is scheduled to be back in court September 25th.

The news comes as reports of arrests and intoxication-related injuries seem to be on the increase at country music concerts. Along with the Keith Urban concert, a Jason Aldean concert on July 18th saw 35 attendees arrested, and a man was later found dead in a dumpster. Similar numbers marred a Luke Bryan show in Pittsburgh earlier this summer. Whether the reporting is better or there truly is an elevated rash of unruly patrons at country concerts, the topic has become a hot button issue in country music. This rape allegation, and the response from many in the crowd to sit back and watch, take pictures, and video the incident is likely to take the debate to a new level.

After the concert, Keith Urban posted a short video thanking the Mansfield fans. “Gosh, up on the lawn tonight? That was nutso,” Keith says. Apparently he didn’t know the extent of how “nutso” it got.

***UPDATE (7-31-14): Keith Urban has finally released a statement about the numerous incidents at the concert.