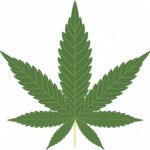 Over the weekend, pop prince Justin Bieber was busted by gossip site TMZ for smoking marijuana in a Newport Beach hotel room. Under normal circumstances an entertainer smoking pot would be passe, if not anticipated, but the problem is Bieber has perpetuated a clean, Christian, drug and alcohol-free, save-it-till-marriage public image throughout his career. Similar to other celebrities who’ve taken the path of the good, clean persona as marketing, as soon as that facade is cracked, it’s difficult to impossible to recover it (see Tiger Woods).

The irony of Bieber’s situation is that many music entertainers do the opposite of what he’s done, purposely using marijuana in their public image and music for marketing purposes. Artists who want to appeal to certain demographics or want to portray themselves in a certain way will many times integrate marijuana into their lyrics or logos of their public brand. From Snoop Dogg to Willie Nelson, from Cypress Hill to Hank Williams III, marijuana imagery can afford you a greater fandom when mixed with music; many times attracting fans who otherwise may either not find the music appealing, or not identify with it culturally. The relationship between Willie Nelson and Snoop Dogg is an example; two entertainers whose paths would have otherwise not crossed that found common ground from marijuana and the marketing of their music through it.

Why is marijuana such a powerful marketing tool, and why does it integrate so well with music?

Music is not just an audio refreshment for your ears, it is also a primary source of cultural identity. Many marijuana users use marijuana as a cultural identifier as well. Marijuana symbolizes the counter-culture, rebellion, and the breaking of rules because it is an illegal substance. The marijuana leaf itself holds tremendous iconic imagery–the strength it portrays with its splayed leaves and symmetry.

As many studies suggest, the legalization of marijuana would not and does not increase its use, with some studies inferring it decreases use. If marijuana ceased to be illegal, it would no longer hold the symbolic notions of rebellion, or afford its users the ability to feel like they were different from the rest of society, even though the vast majority of Americans have at least tried marijuana, and many continue to be daily or recreational users.

Of course marijuana use does not always have to do with identity, nor does musicians using marijuana in their imagery always have to do with marketing. Many musicians take up marijuana symbolism as a vehicle to promote advocacy for marijuana and hemp as agricultural products, or for medicinal use, or to promote legalization. And with the wide use of marijuana throughout society, it’s not always marketing that leads to it being included in lyrics. In some lifestyles, it’s simply hard to not refer to it when telling stories. 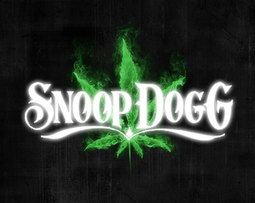 In November the states of Colorado and Washington passed referendums virtually legalizing marijuana, though the Federal government has yet to decide how they will handle such laws. Many other states have legalized the plant for medicinal use. If marijuana ceases to be contraband, it could reduce the drug’s potency as a marketing tool for music. Or similar to how stories of prohibition or other past cultural experiences have been used in music, marijuana could become less of a topic for cultural relevancy, and more an element of historical folklore.

In Mexico and South America, the trafficking of marijuana and other contraband is prevalent in popular music, especially in Narcocorrido, a sub-species of corrido music set to a polka rhythm and featuring accordion that like traditional folk music dating back to Medieval times, makes folk heroes out of smugglers and cartel lords. Narcocorrido tells tales of successful drug runs, and murdered heroes, canonizing the drug trafficking culture that exists to feed North America’s incessant appetite for illegal substances. Cartel members have been known to hire musicians to write Narcocorrido songs about them, or gun down other songwriters when they portray them in a negative light.

Narcocorrido music has boomed in the last few years on both sides of the Mexico-US border because of the increased violence from Mexico’s crackdown on cartels. If Mexico eases it’s cartel crackdown, or the US legalizes marijuana–which studies indicate could hurt Mexico’s drug business–this could change the shape of Mexico’s Narcocorrido music culture.

Meanwhile back in the United States dance/hip-hop world that Justin Bieber and his music is a part of, marijuana references in music aren’t exceptional, they are expected. It is part of the formula for a hip-hop song to include marijuana to make it not only commercially appealing, but culturally relevant. In mainstream country music, marijuana references have been slowly creeping in for years. Eric Church’s hit “Smoke a Little Smoke” may be the first song explicitly with a marijuana theme, but smaller references are now commonplace in what traditionally has been a conservative format.

As The United States attempts to tackle the growing disparity between public sentiment and the country’s decades-old drug policies, it will be interesting to see the cultural impact on how marijuana is used in the lyrical content, imagery, and marketing of American music. If marijuana becomes legal, will the imagery disappear or become less potent? Or like alcohol, will it remain a staple of popular American music?

Where the heavy use of marijuana in music imagery, logos, and marketing came into play was in the late 80’s, with bands like Cypress Hill and Pantera. 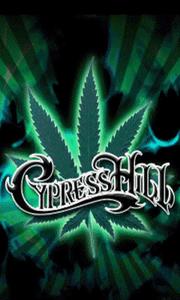 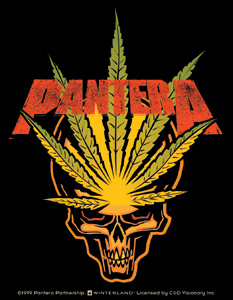 After Pantera broke up in 2003, Hank Williams III was in a band with former Pantera lead singer Phil Anselmo called Superjoint Ritual. Hank3 would later integrate marijuana imagery into his own heavy metal band Assjack. 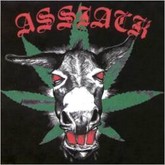 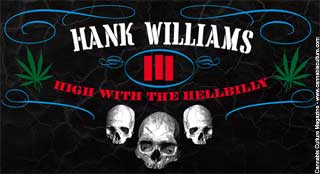 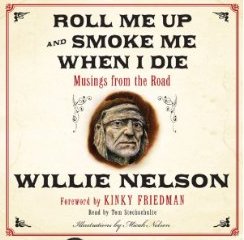 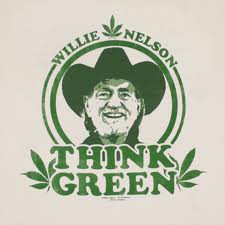