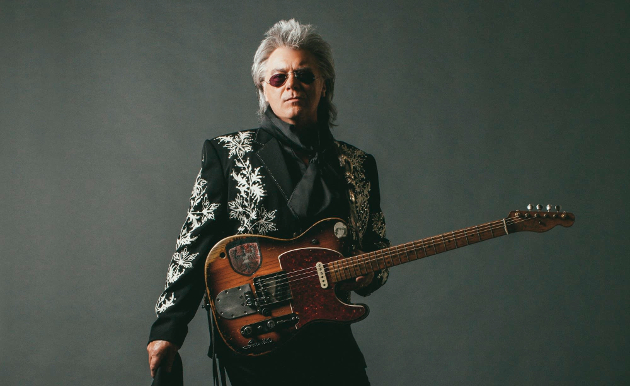 As first announced by Saving Country Music earlier this summer, Marty Stuart’s Magum Opus The Pilgrim is being reissued and for the first time on vinyl, along with an accompanying CD with 10 bonus tracks taken from the project and other recorded material Marty has amassed over the years. The 20th Anniversary Edition of The Pilgrim will be released on October 18th by MCA Nashville/UMG Nashville.

“‘The Pilgrim’ is a record I dearly love. This recording changed the course of my musical life. Year after year, since its original release in 1999, I’ve heard stories from people all around the world about how ‘The Pilgrim’ made its way into their lives and touched their hearts,” Marty Stuart says.

Marty Stuart released his conceptualized 20-song magnum opus The Pilgrim as his final album on a contract with MCA Nashville. A commercial flop that rendered no radio singles, it nonetheless went onto become one of the most revered releases in the Marty Stuart collection, and for some fans, one of the most cherished albums in all of country music. It joined the canon of country music’s conceptualized works such as Willie Nelson’s Red Headed Stranger, The Nitty Gritty Dirt Band’s Will The Circle Be Unbroken, and Sturgill Simpson’s Metamodern Sounds in Country Music. 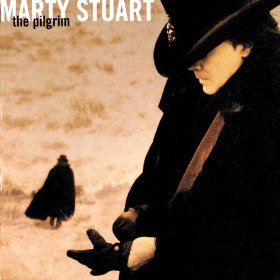 Emmylou Harris appeared originally on The Pilgrim, as did other notable performers such as Pam Tillis, George Jones, Ralph Stanley, Earl Scruggs, and Marty’s former boss, Johnny Cash, who helps conclude the album with a haunting performance. Consisting of instrumental interludes and recurring “acts” that lend corresponding sonic shades to compliment the arc of the story, the linear narrative of the album is based on a true story from Marty Stuart’s hometown of Philadelphia, Mississippi. It was the last album he recorded while working with his backing band The Rock & Roll Cowboys. Afterwards Stuart would form his current band, The Fabulous Superlatives.

Along with the original material, 10 bonus tracks also accompany the release, including the song “Been Lonely Too Long” that can be heard below.

“Going into my archives to search out Pilgrim-related material for this release was like reaching into a dusty old treasure chest,” Marty Stuart says. “I found songs that I’d written and forgotten, photographs I never got around to looking at, unfinished recordings from ‘The Pilgrim’ sessions, and a string of archival recordings with Earl Scruggs, Johnny Cash, Ralph Stanley & the Clinch Mountain Boys, Emmylou Harris, Connie Smith, and Uncle Josh Graves that I made while they were doing their parts on ‘The Pilgrim’. Upon listening, those recordings stand as cherished, sacred documents of American roots music that have waited nobly in the shadows for their invitation onto the world stage of the twenty-first century. So many life lessons were offered in the creative process of making ‘The Pilgrim.’ Perhaps the toughest of them all was letting go when the record was considered unsuccessful. However, in letting go, I learned that some things do, in fact, come back around.”

The new edition is now available for pre-order.