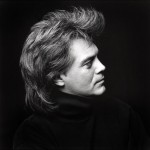 I have to start off with an apology. I have let the sainted Saving Country Music reader down. It’s not that Marty Stuart has been completely off my radar, I’ve always been a fan. It’s more I think that I had him typecast from his early 90’s “No Hats” days with Travis Tritt, knowing him most for having the tightest pants in country music. We’ve been looking around, trying to find some mythical country music savior, shoehorning folks like Hank III and Jamey Johnson into the role when they don’t seem to have the necessary universal appeal, or the desire themselves to shoulder the burden. Meanwhile Marty has made a serious play for the position, with his Marty Stuart Show on RFD-TV, his latest album Ghost Train: Studio B Sessions, and his live show.

With an undying, reverent appreciation for the roots of country music, with bona-fide country music cred, as a songwriter, and overall a brilliant musician and performer, Marty Stuart is saving country music. Like he said during his show at historic Gruene Hall in Texas Saturday night (4-16-11):

I did a lot of other things over the years because I could. But about 3 years ago I really got into traditional country music. Because the most Outlaw thing you can do in Nashville right now is play country music.

That quote more than anything exemplifies Marty Stuart’s approach. He’s not calling himself an Outlaw, unlike so many others in the mainstream who’ve hijacked that term as a marketing tool. He’s simply stating the facts, and letting the country music public decide. He is saving country music the right way. He’s not spouting fire and brimstone anti-Nashville rhetoric like his friends Dale Watson and Hank III, he’s leading by example, and in so doing, created a level of accessibility to his music that works in tandem with the accessibility of the music itself. Then you combine that with his ability to work masterfully across ALL the sub-genres of country music–bluegrass, gospel, rockabilly, Outlaw, traditional–and you have a man and music that can be all things to all people. Marty Stuart is nothing less than a living legend.

He has figured out a way to strike a balance. His live show brings all the high-octane energy of an underground punk-gone-country band, with an unapologeticlly heavy amount of twang. But just when the blue hairs are worried things are getting a little too rowdy, he will bust out three gospel songs with four part harmonies like he did Saturday night, or play a solo acoustic or mandolin number that wow’s everyone. And even the “I didn’t know I liked country music until I heard Rascal Flatts” crowd can appreciate the sheer energy, class, and showmanship he brings to the stage.

One of the keys to the success of Marty Stuart’s “sound” is that Marty and lead guitar player Cousin Kenny Vaughan have a perfectly-matched pair of twangy telecaster tones that can play off each other with such taste and seamlessness. And if you can’t sing, you can’t be in Marty’s “Fabulous Superlatives” band. Simple as that. And you must be able to play anything under the “country” umbrella term.

And to really be considered a living legend in country music, you have to have skins on the wall. In the crowd that night was the legendary keys player Earl Poole Ball. As Marty reminded everyone from the stage, both Ball and him were in Johnny Cash’s band together for years. Another cool moment of the night was when Marty said he felt a cold rush of wind across the stage that he attributed to the ghost of Marty Robbins, before launching into “Don’t We All Have The Right”. Marty Stuart was named for Marty Robbins for those that don’t know. The “did you feel that Earl?” in this short clip is to Earl Poole Ball:

But for all the harmonizing and gospel and good old-time vibes, the heart of the Marty Stuart show is still high-octane, Outlaw-era, rock n’ roll-inspired hard driving country music. This is what Marty Stuart is doing. He’s slinging guitars, he’s kicking ass, and he is doing it with class. If anybody, no matter what stripes they wear, walks out of a Marty Stuart show shrugging their shoulder with a “meh” attitude, they don’t deserve the right to have an opinion.