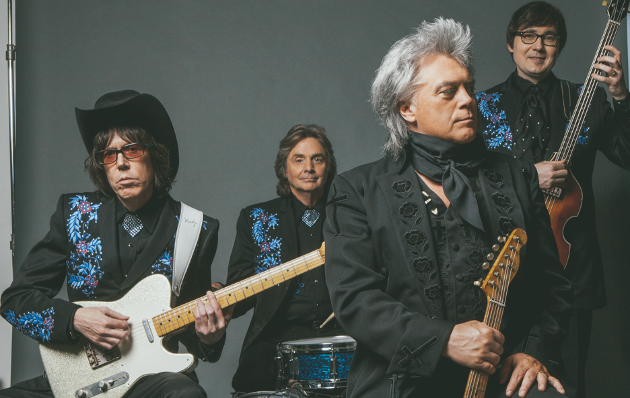 Just this week Saving Country Music inquired if there would ever be any new episodes of The Marty Stuart Show—the long-running RFD-TV staple that saw Marty share the stage with his backup band The Fabulous Superlatives, as well as a host of special guests, including many great country music oldtimers, as well as newer up-and-comers. Though the only official answer we could pull was that Marty was taking time off from the show in 2017 to tour behind his recent record Way Out West, in a new interview Marty Stuart leaves no wiggle room for the show’s return.

“I did 156 episodes, me and the Superlatives,” Marty Stuart told The Boot. “The mission statement there was to put our arms around the culture of traditional country music inside the walls of Nashville before it completely disappeared off the edge of planet Earth. And we accomplished that. I think there were maybe five or six names on my wish list for the first season that I never got to, or they couldn’t do it or didn’t want to do it, whatever. But at the end of the 156 episodes and six or seven seasons, you know what? Mission accomplished. Let’s move on.”

Earlier this week, RFD-TV Program Director Jeremiah Davis had told Saving Country Music, “We’d love nothing more than to have him back, and I know our viewers would too. It’s standing the test of time. It’s been a short time I suppose, but some of our most popular classic programming is ‘The Porter Wagoner Show,’ ‘Pop Goes The Country,’ those kinds of shows. And Marty, along with RFD-TV, has in some cases produced more episodes than some of those older series from the late 60’s, early 70’s, yet those shows are still going strong on RFD. So we know these shows stand the test of time, and there’s definitely and evergreen element to them, and they will remain popular.”

This doesn’t mean that Marty Stuart is done with television though.

“That particular show is in the books now. It’s in history books,” says Marty Stuart. “I love TV, and I think there’s another television show in development, probably for another network. But we are absolutely going to go back to the TV cameras in the next couple years, I think.”

Marty Stuart also had quite a few positive words for his most recent addition to the Fabulous Superlatives, multi-generation country music musician Chris Scruggs, who replaced Paul Martin on bass in 2015.

“When Paul Martin left our group to go develop his family band, we had no idea how we were going to top what we had accomplished with him,” says Stuart. “And Chris, he had been on my TV show, we’d used him from time to time, and he was just a world-class musical citizen. But I can tell you this: From the minute he joined our band, it was like if you had the most powerful rocket in the world, and then all of a sudden, you didn’t know that it could even be better, somebody brought a new engine and said, ‘Watch this.’ It was like he hot-rodded everything that we had done. His musicianship, his integrity, his presence — he upped our game in every way. We thought we knew Chris Scruggs, but we really didn’t know him until we started playing music with him on a daily basis. But he has been an absolute blessing to this band.”