Meghan Linsey Needs To Name Names in Her Groping Accusations 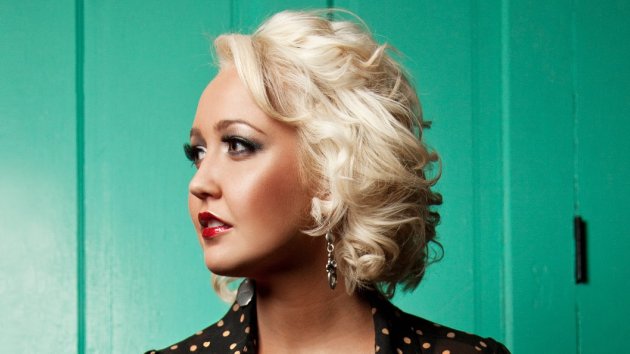 There may no be a bigger hot button issue at the moment in American society than the mistreatment of women. From the Presidential election to country music, it’s common to hear complaints and accusations about how women are discriminated against, denegraded, or downright abused, and few stories are more alarming than former Steel Magnolia member Meghan Linsey’s accusations that she was groped by a powerful man in the music industry, and told to keep her mouth shut by other powerful industry members or it could mean her career.

Meghan claims that in 2010 at the beginning of Steel Magnolia, a “very powerful man in the music business” reached under her skirt and groped her, and then tried to pick her up by her butt while numerous other important people in the music industry watched. Rumors of such behavior being common in country music’s good ol’ boy backrooms are nothing new, and Taylor Swift’s current lawsuit/countersuit with a radio DJ over a groping incident in 2013 is just one example.

The context of the revelation from Meghan Linsey was the release of Donald Trump’s off-camera comments during an Access Hollywood interview that dominated headlines in early October.

I was mortified and told him not to touch me and to put me down. It caused quite a scene and I could tell that he was embarrassed and angry. The next night he came up behind me and whispered in my ear, he said, ‘I have boats bigger than you could ever imagine, and I could put you in the middle of the ocean where no one would ever hear from you again. Just remember that.’ He laughed and walked away.

I stood there still with chills running through me. I couldn’t believe what he had just said to me. I knew I had to tell someone. I called my manager and she told me to never breathe a word of that story to anyone ever. I told the head of my label and he told me the same thing. They both said if I wanted to have a career in country music then I could never say anything about it out loud, to anyone.

However what Meghan Linsey has yet to do is name the individual she is accusing of groping her, or the manager or label head who told her not to speak about the incident. In fact Meghan has not addressed the accusations further since making them on October 9th, though the fallout has caused some collateral damage, and individuals thought to be a part of the incident have come out publicly to deny any involvement.

Scott Borchetta, who was the head of Meghan Linsey’s label Big Machine Records in 2010, flatly denies that he told Meghan to cover up the incident, or that he or anyone at Big Machine had any knowledge of it.

“Meghan Linsey is a highly regarded former member of the Big Machine Label Group and we would never condone, let alone silence an artist on this label who experienced this kind of behavior,” Borchetta told Fox 411. It’s worth noting that Taylor Swift is also on Big Machine, and is participating in an active lawsuit for a similar incident.

“We have a clear-cut HR protocol for these types of occurrences,” Scott Borchetta continues, “and while Meghan never came to me about any such incident, I checked our records and with our staff to see if she’d gone to someone else within the company. There is no record, nor any recollection from me or the staff of the incident she’s describing. Had it come to our attention, we would have certainly acted quickly and decisively on her behalf.”

I knew when @scottborchetta said @BigMachine was where the “cool kids ” hang out I didn’t belong… A cool kid would never say such a thing. And when I wore jean shorts to a hotel and @scottborchetta sent me an email that if I continue to dress like a fucking bum I’m gone. And that time that Brian Oconell from live nation harassed then threatened to kill Meghan and we were told to be quiet by Virginia Davis. These are all my quotes btw go ahead and marvel. Meanwhile I’m the best musician in town and I can’t get arrested… This will change soon…There’s perception and there’s reality. don’t let your reality come from someone else’s perception… They don’t know your truth. JSJ

Virginia Davis is an artist manager for B.A.D. management, and presumably the manager who told Meghan Linsey to be quiet about the incident. Big Machine is a partner in the B.A.D. Management business, but as you will notice, Joshua Scott Jones—though criticizing Scott Borchetta for other things in his comments—never says Borchetta attempted to hush or cover up the alleged groping incident.

So far, neither Virginia Davis or B.A.D. Management have responded to the accusations, but LiveNation has, at least through an anonymous source to Taste of Country, who said on October 26th, “I can tell you that there is absolutely, positively no merit to the claim. I hate to even give it the time, frankly, to talk about it, because it’s just patently untrue. I don’t know why [Joshua Scott Jones] pointed the finger at Brian [O’Connor], but I would just tell you to consider the source.”

But the underlying problem is through all of these back and forths, Meghan Linsey has kept her silence on who exactly she is accusing of both the groping and of covering it up, leaving the public to assumptions, and potentially hurting innocent parties that the public may be assuming are guilty.

Few in the public need to take a leap of faith to understand that these type of groping incidents likely occur to young female performers in the country music industry. But that doesn’t necessarily mean all individuals of authority in country music need to stand accused of groping or covering such incidents up, though in some respects this is the ultimate result of Linsey’s non-specific accusations. Conversely, one of the reasons many female victims remain silent on such issues is because the tables can turn where they go from the accuser to the accused, which also seems unfair and an undue burden on a victim.

Nonetheless, if there is an individual out there that groped Meghan Linsey and is likely to grope others, or has groped others in the past, it’s imperative that we get that name out there to warn others who may fall victim, as well as clear the names of individuals the public might be assuming are at fault. LiveNation is similarly at fault for addressing the accusations through an “unnamed source.” At the same time, we live in an “innocent until proven guilty” society, and you can’t just throw accusations out without evidence or some sort of recourse.

The political polarization of this issue has emboldened many women to step forward and speak about incidents that for too long have remained in the shadows of places of political and corporate power, including, if not especially, in the country music industry. But if Megan Linsey’s accusations are going to have any significant effect aside from laying blame at the feet of non-specific individuals and entities, then she needs name names, she needs to file a lawsuit, or take some sort of other concrete action. Otherwise, it can appear that she’s using her story for political expedience to help bolster her case for Hillary Clinton as her candidate, or even for self-promotion by piggy-backing off of a hot button issue.

There is little to no reason to believe that Meghan Linsey is lying about the incident. But to ensure that further incidents such as hers don’t happen, the full story needs to be told.