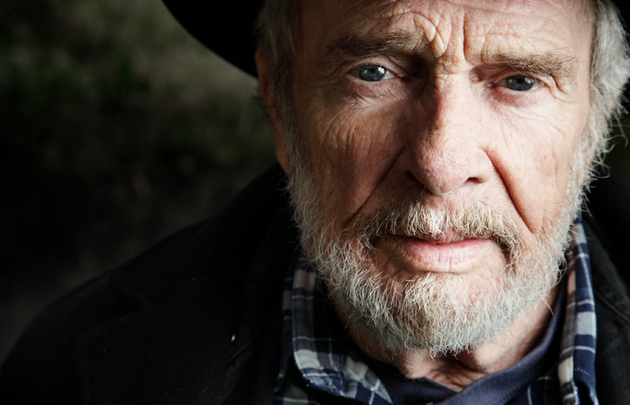 “I can’t tell what they’re doing. They’re talking about screwing on a pickup tailgate and things of that nature. I don’t find no substance. I don’t find anything you can whistle and nobody even attempts to write a melody. It’s more of that kids stuff. It’s hot right now, but I’ll tell you what, it’s cooling off.”

That was the firebrand language coming from country music legend Merle Haggard ahead of an appearance Sunday, September 6th at the Bluestem Center for the Arts in Moorhead, Minnesota. In preparation for the show, In Forum talked to the 78-year-old performer, and he felt no need to be guarded with his feelings of where country music is headed. However he did show appreciation for one newer country star: Sturgill Simpson. Sturgill, along with Kris Kristofferson, share the September 6th bill. 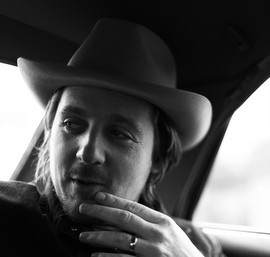 “As far as I’m concerned, he’s the only one out there,” Merle is quoted as saying. “The rest of them sound like a bunch of (crap) to me. He comes out and does a great show,”

This isn’t the first time Merle has praised Sturgill. In a recent interview with Billboard, when asked about new artists, Merle said Sturgill was “about the only one that I can tell you I’m excited about. You hear a lot of Waylon [Jennings], a lot of George [Jones],” said Haggard. “He’s got something going energy-wise that I haven’t seen in a long time.”

Something else interesting from the Merle Haggard interview is that the country legend initially didn’t think too fondly of his later friend, Johnny Cash. But a performance at San Quentin when Merle was in the audience changed his mind.

“I didn’t like Johnny Cash. I thought he was kind of corny. I wasn’t really a fan,. When he came there, he’d been roaring the night before in San Francisco and had blown his voice. He couldn’t talk above a whisper, but he was able to absolutely waylay that crowd. Five-thousand prisoners is a good way to check your talent. I was impressed with his ability to handle that crowd without a voice. I’ll always remember that.”

Reserved seating for the show in Moorehead is sold out. Some tickets remain in the general admission lawn. 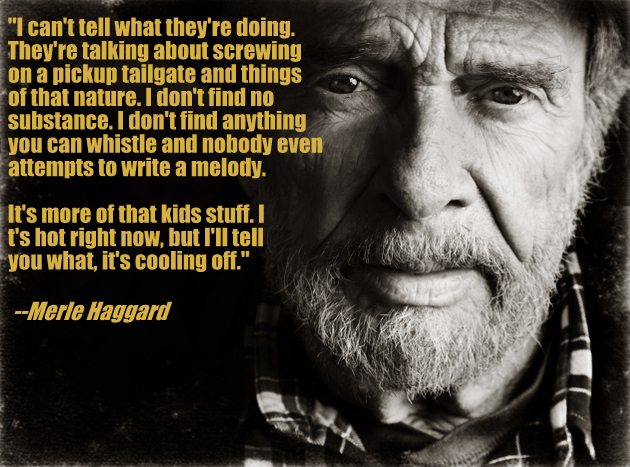