Trigger Down with Pop Country 81 Comments 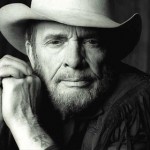 There’s been lots of talk lately here and other places about what makes an Outlaw, who are the real Outlaws, who are the fake ones. Well Nancy Dunham from The Boot had Merle Haggard cornered and answering questions, and was bold enough to ask him some smart ones, and Merle replied with some bold, smart answers.

Outlaw country artists are people like Willie Nelson who write music their way and not because of some special grooming. Johnny Cash wasn’t made in a grooming school and the next Johnny Cash won’t be found that way. The writers now pick about two guys at a time and [work with them] and come back with a song at five that evening. That is the way they like to see [country stars made]. Sometimes it works. But I don’t think they found Elvis Presley that way and I don’t think Hank Williams was found that way. Hank didn’t do it that way at all.

There are a couple young guys who want to. They’re really trying. Joe Nichols, he is sure trying to and there are a lot of guys that are different enough that they make their own music. You can tell it. There’s got to be somebody in the corning fixing to spring out and save the day. That’s what I’m hoping for.

Did you know that Merle Haggard is NOT a member of the Grand Ole Opry?

Merle made a list that includes Wilie Nelson, George Strait, Hank Williams, Dwight Yoakam, and many others that appeared on examiner.com’s Lexington site, in an extensive article about how the Grand Ole Opry is possibly shunning legends in lieu of the quick dollar from hot acts. And yes, Reinstate Hank comes up.

It is a fact that the Opry is a business that is out to make money.  When Carrie Underwood performs, it is pretty much a guaranteed sell out, even without a convention or tour buses lining the pavement.  Furthermore, there are the infamous missteps and questions of “why” did they make the decision. . . . Years later, the Opry would go on to fire Williams in hopes that he would sober up.  Sadly, he would pass away one haunting evening in the backseat of a car.  Over the years, the Grand Ole Opry would continue to use his image in promoting their history over the years.  Even with a campaign to reinstate Hank, the Opry has shunned away any progress to reinduct Hank Sr as a member of the Opry.