Michael Goodman Carries On What Nashville Left Behind 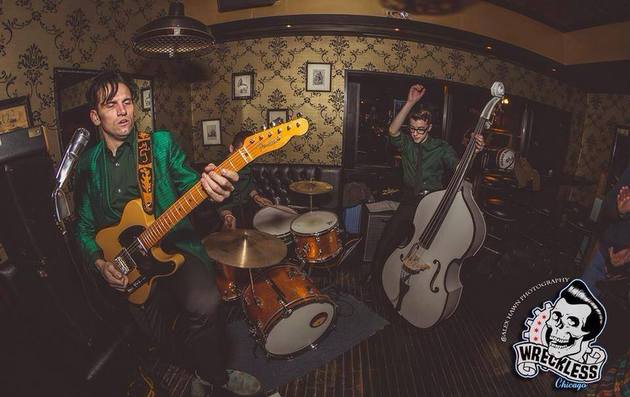 It’s is one of the complaints from contemporary music listeners that all popular music is beginning to sound the same no matter what station you tune in. Popular music is coalescing into one gobby monogenre blob. But the truth is when you go back in time to popular American music’s founding, before rabid commercialization really grabbed it’s foothold, it was sort of the same story. Before country was country, and rock & roll was rock & roll, there was little difference between the two. Bands like Maddox Brothers & Rose played both “hillbilly” music and “boogie woogie” with little to no distinction as separate art forms. Elvis Presley started out as a rockabilly artist and went rock. Johnny Cash started as a rockabilly artist and went country. In many respects, rock and country were the same thing before they were ever split and combined together again, especially in Memphis, TN.

Michael Goodman is a good modern illustration of this primitive era of American popular music where rock and country were virtually the same. As an actor, Goodman has portrayed Johnny Cash, Elvis Presley, and Carl Perkins in the acclaimed Million Dollar Quartet theatrical production and other places, and can play all the with haunting accuracy. This exemplifies both Goodman’s flexibility, and depth of knowledge about those formative country and rock years, and he brings this all to life again in Unbreakable Heart. Funny yet formidable, sad but rocking, Michael Goodman smoothly takes you on a musical time warp to the roiling 50’s to both cut a rug and cry in your beer in a time when music was much better across the board and became immediately timeless. 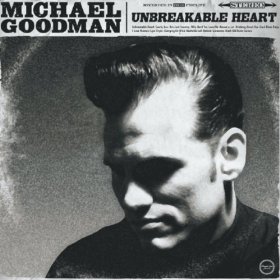 Unbreakable Heart almost feels like two separate albums fashioned together. Though “rockabilly” may be the easy way to describe the one half, this album is a little less Brian Setzer and Reverend Horton Heat, and a little more Nick Curran and JD McPherson. He stays a little more rock than billy so to speak without reaching into the punk vibe. There’s an Everly Brothers-sounding tune called “Everly Avenue” and a boisterous joke song called “Cock Block Ninja.” Comedy and wit is one of the calling cards of Michael Goodman’s music and something that separates him from the crowd. “Kissed A Lot” is another of the album’s really good old-school rock and roll cuts.

But where Michael Goodman won over this critic was with his country fare. Coming at you hard and straight, this is traditional country music in every sense, yet approached with a freshness and enthusiasm so it doesn’t feel drabby or anachronistic. Goodman lists people such as Waylon Jennings, David Allan Coe, and Jerry Reed as influences, but what you mostly get on Unbreakable Heart is straight-laced throwback traditional stuff. Growing up in Kentucky, Goodman was surrounded by bluegrass bands and church choirs. Singing and country music was at the core of his upbringing, and this comes through in tracks like “Drinking About You,” “Why Don’t You Love Me,” and “Lyin’ Cryin’.” He gets a little closer to the Outlaw era with songs such as “Carrying On What Nashville Left Behind” and “I’m Just Country,” but it still feels more traditional than country rock. “Old Damn Games” is where Goodman begins to venture more towards the 70’s vibe than the 50’s.

There are a few songs that bridge the old-school country and rock worlds, but this “together, yet separated” approach to country and rock makes for a very fun, and spicy album that has you guessing at what’s coming up next. And whether it’s the country twang or the rock and roll warble, Goodman’s interpretation of the music and his singing is spot on, and he’s a great guitar player to boot.

Concerns about Unbreakable Heart are mild, but he could have spent a little more time working out his approach to “Everly Avenue,” and maybe solicited someone else to sing with him instead of trying to pull off the close harmony himself. Also some of the songs, especially the old school country tracks feel like they step down in production quality from the other songs, possibly to make them sound “old,” but the volume and mixing left a little to be desired.

Like walking into Sun Studios circa 1956, Michael Goodman and Unbreakable Heart take you back to a time when the music of American was uncorrupted, the sentiments were sincere, and the promise was unending.