Michael Jackson Montgomery Supports the Troops More Than You 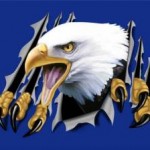 Saving Country Music first learned about Michael Jackson Montgomery in February of 2011, when a mole at a major, prominent, well-known Nashville label leaked details on the “vast, multi-level, multi-platform, cross market super franchise…” that Michael Jackson Montgomery was being groomed to be the face of. Montgomery, and his daughter Natalie (just one name, like Sting) were going to be part of a project that was going to incorporate TV, movies, albums and tours, with Montgomery being the big country star, and Natalie being big in pop.

But when drama between Billy Ray Cyrus and his daughter Miley came up–the real life mega franchise that the Michael Jackson Montgomery mega franchise was pattered after–the major Nashville label behind the manufactured pop country star pulled the plug on the project. Since then Montgomery has been in contact with Saving Country Music regularly, leaking rough demos of the songs meant for the mega franchise that were scientifically formulated by big Music Row songwriters to be super hits, songs like “The Letter ‘B'” showcasing Music Row’s laundry list songwriting formula.

Well now ahead of what Michael Jackson Montgomery is hinting might be a full studio release of material from the “mega-franchise”, he’s released another rough demo to Saving Country Music. Here is the note he passed to us along with the song:

“I Support The Troops More Than You” was specifically developed by a crack team of Music Row songwriters to be the optimum flag-waving, American sentiment song. As you probably know Trig, these songs are pretty much a requirement for any major Music Row release. Though many times the performers themselves are big troop supporters and participate in benefit shows, flying around the world on USO tours and stuff, the record labels see these patriotic anthems as a big cash grab, profiteering off of pro-military, pro-American sentiment.

I tell you Trig, I worry many times these do more damage than good for actual troop support because of the sheer amount of these songs and the bravado contained in them sometimes creates a polarizing political environment. It’s disingenuous. Many times they’re not concerned about supporting the troops, they’re just looking to make a buck. 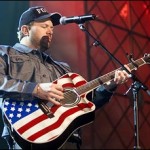 You can listen to “I Support The Troops More Than You” below. Something I noticed when looking through the lyrics, Michael Jackson Montgomery sings about a  “Korean guitar”. I think this is in reference to the king of the patriotic song singers, The Ford Truck Man Toby Keith, and his endorsement with Takamine, a Korean guitar maker, and the maker of both his signature American flag and Ford guitars.

And really tell those readers of yours to listen to this song Trig. Out of all the songs I did for this project, I think this one really shows off my vocal abilities.

Stay tuned to Saving Country Music for more information on details on what might be a full-blown upcoming Michael Jackson Montgomery release.

“I Support The Troops More Than You” Lyrics:

I Support The Troops More Than You, Michael Jackson Montgomery, Toby Keith