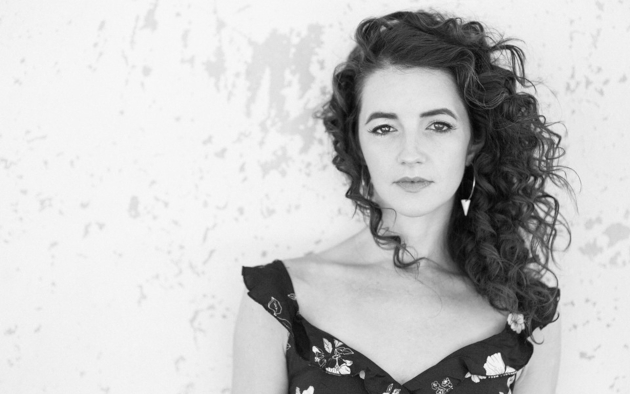 Independent country singer and songwriter Michaela Anne has singed to North Carolina’s Yep Roc Records, and will be readying the release of a new album soon. The well-respected Nashville-based performer has regularly appeared on stage with artists such as JP Harris and Sam Outlaw, while forging her own critically-revered career over the years.

“I’m so excited and honored to get to share that I’ve officially signed with Yep Roc!” Michaela said on Thursday (5-16) when the news was made official. “I can’t wait to share the music I’ve been working on for awhile now and so grateful to have such a wonderful, hardworking team of people on my music’s side. Not to mention to join a roster of artists and bands I’ve long admired.”

Michaela is currently on tour in Europe, and has been sharing the stage with fellow Yep Roc-signed duo Mandolin Orange. Michaela also recently played at MerleFest in North Carolina that often features Yep Roc artists. Though known by some as more of an indie rock label, Yep Roc has also worked with roots artists such as Jim Lauderdale, Robbie Fulks, Reckless Kelly, Tift Merrit, and many others over the years. “We could hardly wait to announce,” the independent label said on Thursday. “The lovely Michaela Anne has joined our Yep Roc family.”

The daughter of a military man, Michaela moved often when growing up. She attended the School of Jazz at the New School in Manhattan, thinking that perhaps that would be her musical discipline, but soon converted to bluegrass and country. Along with guitar, Michaela Anne is also a respected piano player.

In 2018, Michaela Anne was in California working on a new record with Sam Outlaw as a producer. She released a new honky-tonk song featuring Sam Outlaw in January of this year called “One Love Song” as a precursor to new music (listen below). Her last record was 2016’s Bright Lights and the Fame. More information on new Michaela Anne music when it becomes available.