Mike Judge’s “Tales From The Tour Bus” Is Coming Back, But It Won’t Be Country 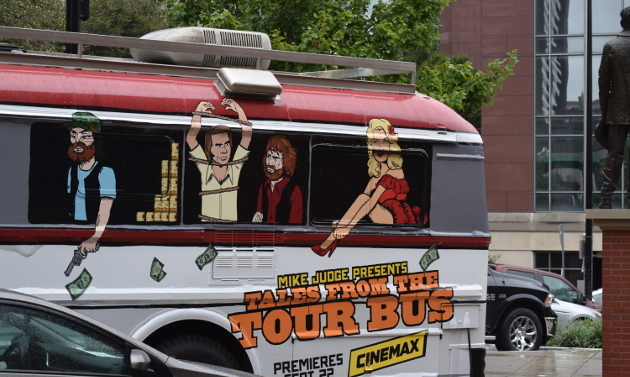 Ever since the animated series Tales From The Tour Bus debuted on Cinemax in September of 2017, it’s been splitting sides and explaining the dark side of country music to appreciative audiences with its eight episodes. Created by Mike Judge of King of the Hill and Beavis & Butthead fame, the series took a deep dive into the often dysfunctional lives of country music artists such as Waylon Jennings, George Jones and Tammy Wynette, Johnny Paycheck, Jerry Lee Lewis, Billy Joe Shaver, and Blaze Foley.

Parliament-Funkadelic frontman George Clinton and his long-time bass player Bootsy Collins have been enlisted by the Tales From The Tour Bus creative team to put together a deep dive into the funky world of funk for Season 2 of the series. The two musicians will work as consultants, as well as appear in the new series that takes humorous stories and sets them to animated reenactments. Right now there is no definitive date of when the new series will be delivered to viewers, but it is expected some time later in 2018.

It’s good news for fans of the series that the show will endure, and good news for funk fans that their favorite music will now get featured. But hopefully Tales From The Tour Bus will makes its way back to country music in future series since it did so well entertaining and informing fans about the music and artists they love.

Tales From The Tour Bus has yet to be made available via Netflix, Hulu, Amazon, or anywhere else online officially. It is only available through Cinemax.