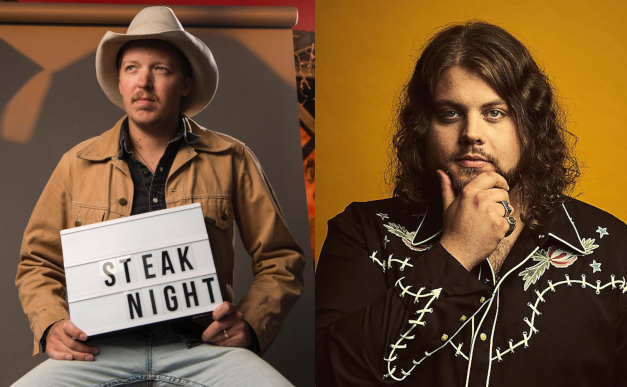 If you’re searching for something to get the first real weekend of summer off to a rearing start, then a couple of traditional country’s most fastest-rising artists have just released some surprise singles that are just right for sultry weather and good summertime vibes, and are hopefully tastes of new projects to come.

Looking for a band that drips with true Texas country music authenticity and is not some marketed and packaged turquoise-encrusted fortunate sons formed in Nashville? Then Mike and the Moonpies are right for you. Before they became one of the hottest things in independent country music, the Moonpies paid well over their fair share of dues haunting the honky tonks of Austin and surrounding areas, playing multi-hour sets for two steppers.

Beyond what you might hear on the stellar records of Mike and the Moonpies, they are possibly the greatest live act in all of country music at the moment. This is the reason Saving Country Music named the Moonpies 2018’s Live Act of the Year. It’s all of those experiences playing and hanging out in honky tonk bars that gives rise to the inspiration of their new song “You Look Good in Neon.” Forlorn, yet still somewhat comforting, the 80’s country music smoothness combined with Countrypolitan strings really makes the nostalgia well up in the true country fan on this track.

The Moonpies have been playing this song for a while live, and it sounds just as good, if not better bouncing off the walls of a honky tonk. Expect this to be just the first taste of a new album Mike & The Moonpies say is in the offing for later in 2019.

One of the biggest discoveries in 2018 was Dillon Carmichael and his debut, Dave Cobb-produced album Hell On An Angel. It was a hard country, heart-pounding honky tonk record that went on to be nominated for Saving Country Music’s Album of the Year. The album put this young man with a country music pedigree on the radar of the real country crowd as a torchbearer for years to come. From the tiny town of Burgin, Kentucky, Dillon Carmichael is the grandson of Harold Montgomery, who was a respected Kentucky country singer, and Harold Carmichael, who was a member of The Carmichael Brothers. More famously, he’s the nephew of country music performers Eddie Montgomery, and John Michael Montgomery.

“I Do For You” you is a straight laced, steel and fiddle song of devotion and compromise all in the name of true love delivered in Dillon’s deep, twangy tone. It’s the kind of song that assures you that true country music is far from gone. “I’m so grateful for all the support y’all have given me over these past few years and I’m proud to say that I do this for you,” Carmichael says about the new song.

Also on your new song radar should be a new one from Texas/Red Dirt’s Kaitlyn Butts called “White River” that has been doing very well out of the gate. Don’t be surprised to see these songs and more added to the Saving Country Music Top 25 Playlist during the next update.

Also for those of you who who made it this far in the article without rushing to hear the music, here’s another little nugget for you: Don’t be surprised if we hear a brand new song from Sturgill Simpson sooner than later, and don’t be surprised if it’s one of the most country-sounding tracks of his career. Stay tuned.