Legend will be told for years henceforth about the time that Mike and the Moonpies joined with Jamie Lin Wilson for a select group of shows in Texas called the January Jamboree. With exclusive stops at the Kessler Theater in Dallas, the Heights Theater in Houston, and historic Gruene Hall in New Braunfels, the pairing already had the potential of being something special. Mike and the Moonpies were Saving Country Music’s Best Live Act in 2018, and Jamie Lin Wilson’s song “Death & Life” won Song of the Year.

But nobody expected this: a rare Texas tornado in January that left the crowds keen enough to make the trek to their local venues raving about how these shows were some for the history books. The evenings started off with Jamie Lin taking the stage for a full set, and with a full band that included Cody Angel on pedal steel and Matt Gracy on guitar. This would give way to the madness of Mike and the Moonpies for their own full set, including playing numerous songs from a new album they promised is on the way.

Then both bands would take the stage for an outright hour-long country music free for all. Yes, both bands, meaning at times the incredible Cody Angel and the incomparable Zachary Mouton would be trading steel guitar licks back and forth. Mike and the Moonpies’ bass player Omar Oyoque would play Jamie Lin’s acoustic, and even sat down behind a steel guitar rig for a bit. The drummers and bass players would take turns as they ripped into a bunch of classic country standards, including numerous George Strait songs as intimate crowds were left awe struck.

Luckily, Saving Country Music photographer Brad Coolidge was there to capture the moments at Gruene Hall on Saturday, January 19th. Both Jamie Lin Wilson and Mike and the Moonpies are now gearing up for appearances at Mile 0 Fest in Key West Florida this upcoming week. 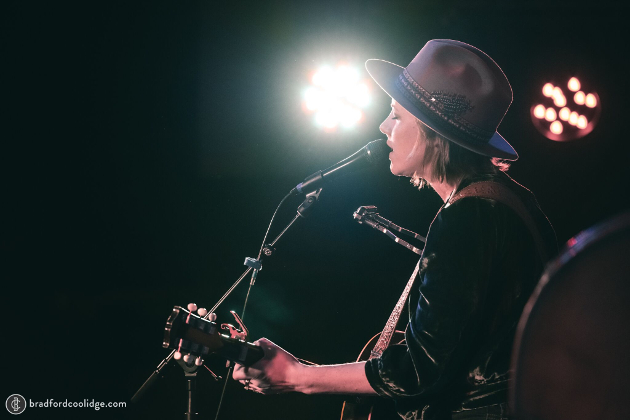 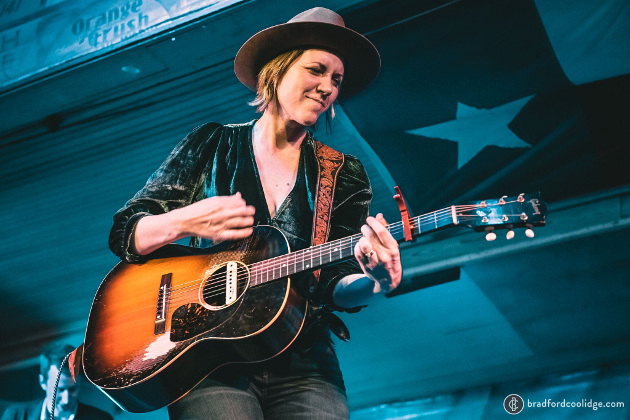 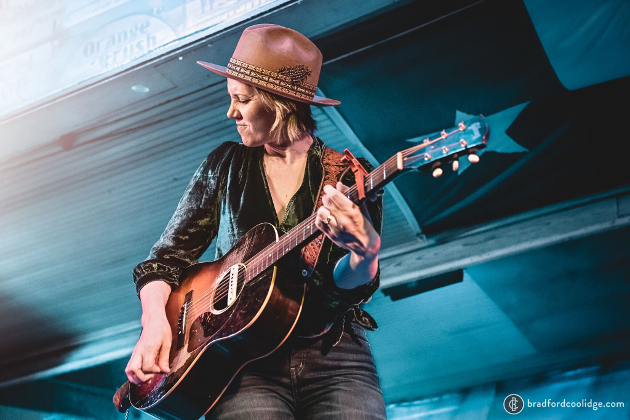 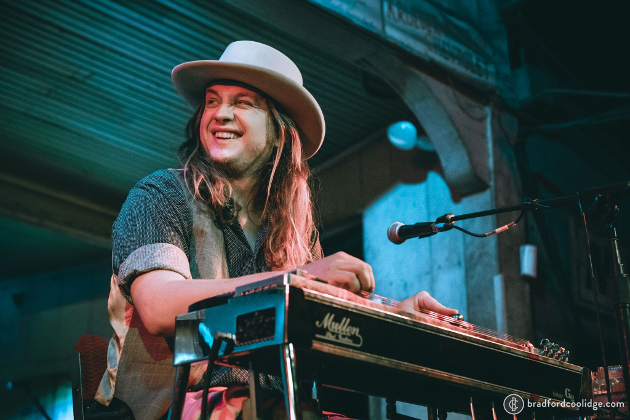 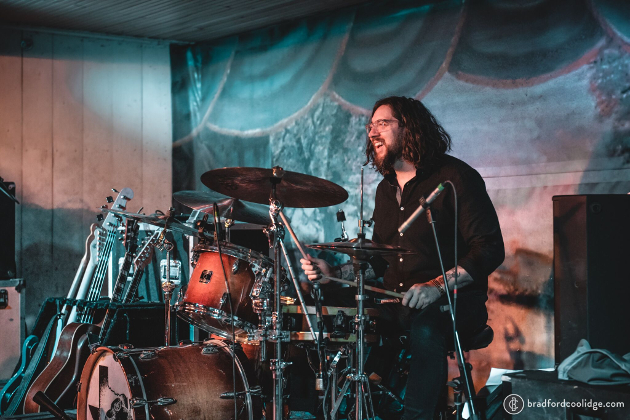 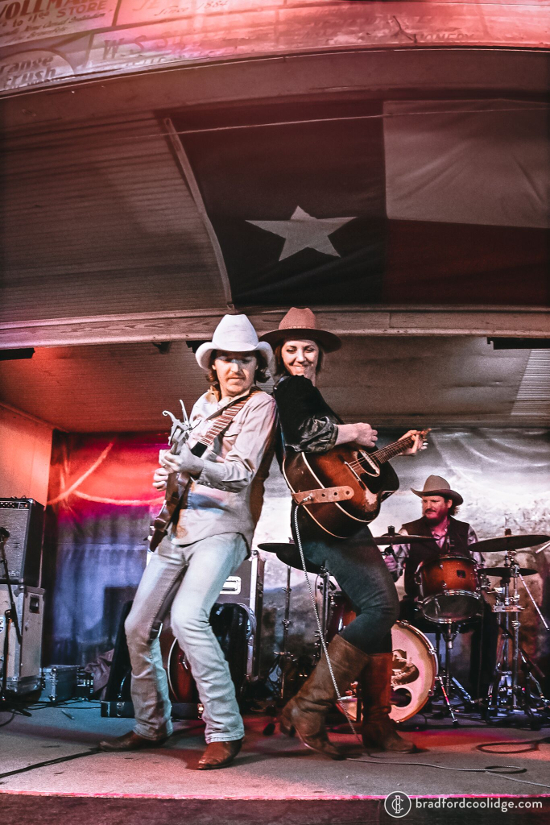 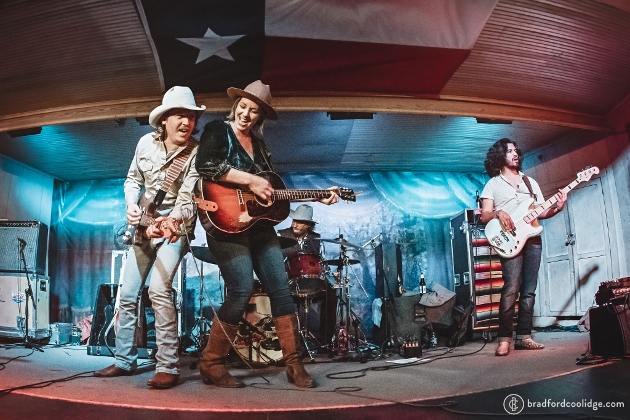 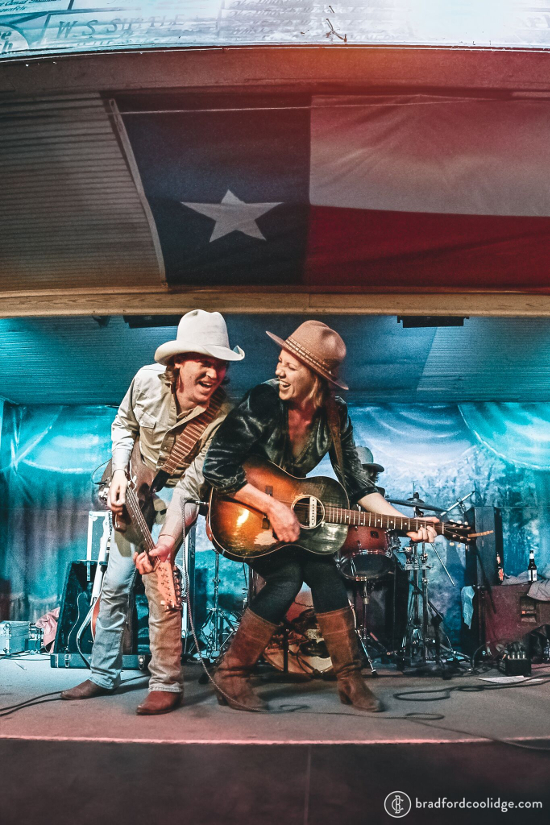 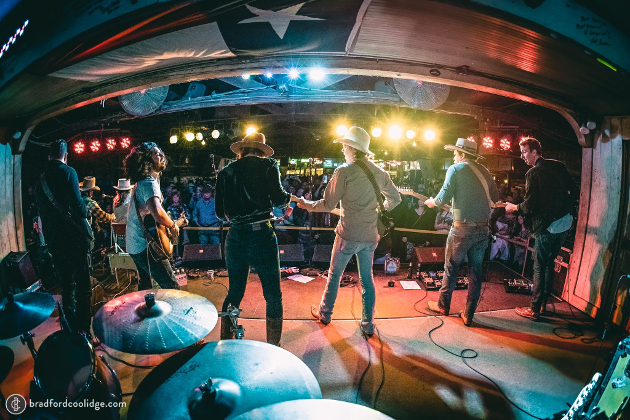 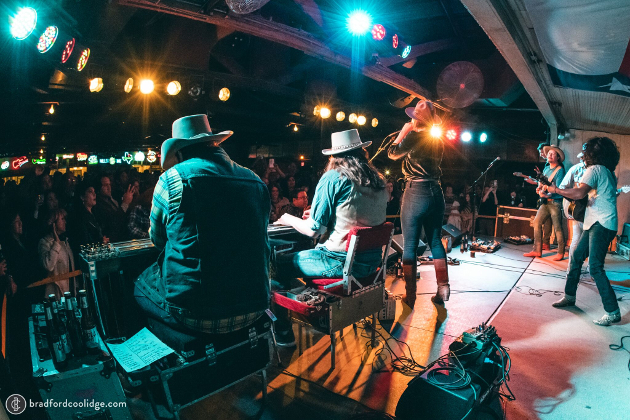 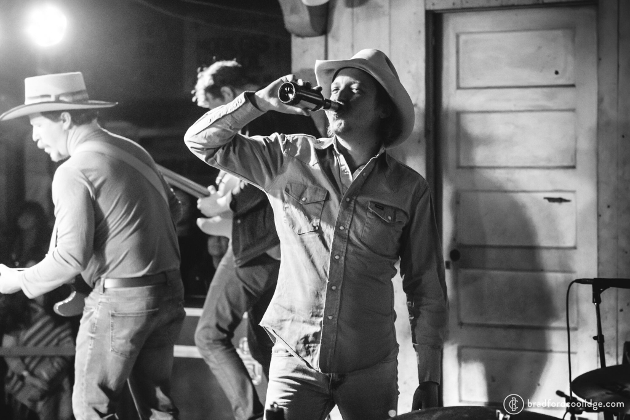 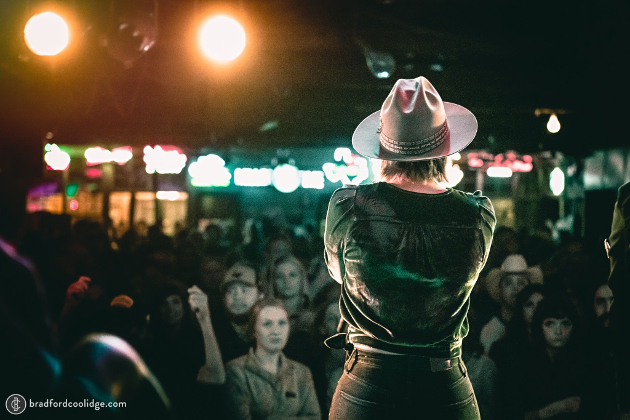 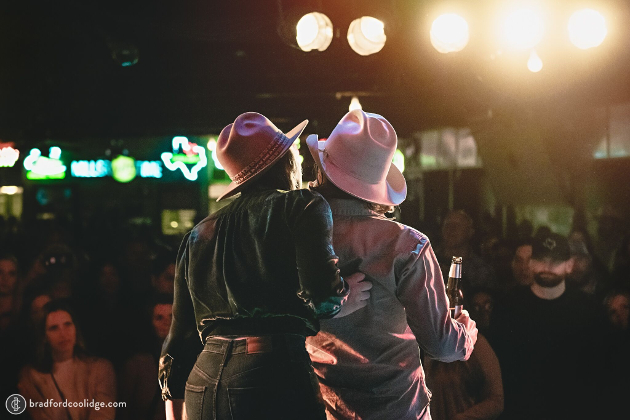 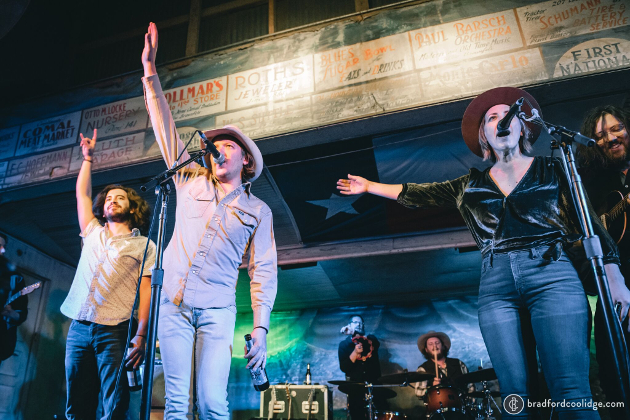