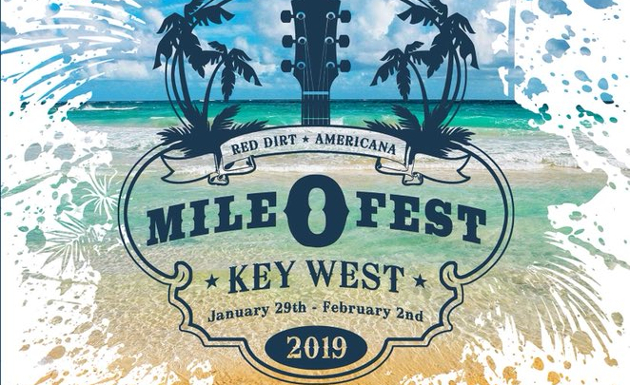 Mile 0 Fest taking part in Key West, Florida January 29th to February 2nd has just released it’s final lineup, expanding to a total of 68 names. Notable additions since the initial lineup was announced include Shane Smith and the Saints, Adam Hood, Todd Snider, Paul Thorn, Carter Sampson, along with a host of up-and-coming names in the Texas/Red Dirt scene. They’ve also announced who will be playing the main stage at the Truman Waterfront Amphitheater on each day (see below).

With the expanded names, and with most performers playing multiple shows across the island, this will bring the sum total of performances to well over 100. This will include some big names who won’t play the main stage amphitheater, but instead will play at one of the numerous performances at venues throughout the island, giving festival goers the opportunity to see them in unique performance spaces. New venues have also been brought online for 2019 to facilitate the expanded performance schedule, including a performance space on Key West’s famous Sunset Pier.

This year Mile 0 Fest will also be launching a new app to help patrons keep track of all the performances, and help plan and schedule each day. The final schedule times for each artist and venue will be made available via the app before it is posted publicly, so folks should keep an eye out for it, and download it when available.

Also important to note, previously-announced performers Charlie Robison and Charlie Crockett have canceled their appearances due to health issues. Charlie Robison announced his retirement in September after surgery complications. Charley Crockett announced he will be having surgery in early 2019, and canceled numerous dates. Crockett was replaced by Shane Smith and the Saints.

Tickets are nearly sold out. All available tickets can still be purchased at mile0fest.com .