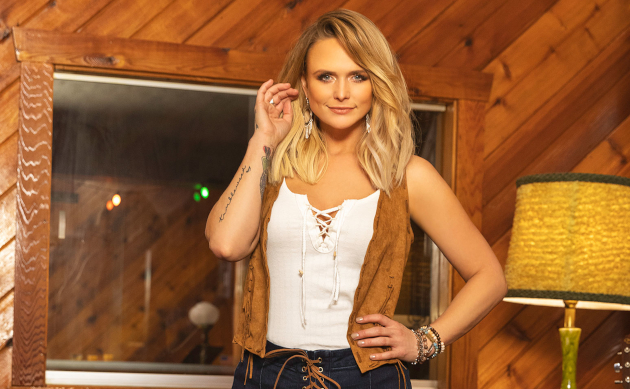 Miranda Lambert’s latest album Wildcard is the #1 album in country music this week, beating out Luke Combs and a new title from Hootie and the Blowfish (yes, they’re “country” now) to take the top spot. Wildcard sold 44,000 albums in pure album sales including physical copies and downloads, and racked up an additional 9,000 units in streaming equivalents to come in at 53,000 total albums on the week. This is good enough for #1 on the Billboard Country Albums chart, and #4 on the all-genre Billboard 200.

The 53,000 in album sales also makes for the 3rd best debut in all of country music in 2019, and the best by a woman in the genre. This also marks Miranda’s seventh consecutive #1 album in country, and her seventh consecutive Top 10 on the Billboard 200. Miranda’s last record, the double-sided The Weight of These Wings, debuted with sales and equivalents of 64,000 in 2016, and went on to be Certified Platinum by the RIAA.

Miranda Lambert’s Wildcard is a mixed bag of popish and rock-style radio-friendly songs, and a few hard country and songwriter-based tunes. The album has been receiving generally favorable reviews (Read SCM’s Review). Lambert’s current radio single “It All Comes Out In The Wash” comes in at #13 this week on radio according to MediaBase.

The now over two-year-old title from Luke Combs, This One’s For You, comes in 2nd on the week, with 18,557 in album sales and equivalents, continuing its historic run. Luke’s newest album What You See Is What You Get is not eligible for the charts until next week when it is sure to dominate, and Luke could pull off the rare feat of having two separate titles at #1 and #2 on the charts simultaneously.

Hootie and the Blowfish, who made the switch to country behind frontman Darius Rucker, and are now signed to Capitol Records Nashville, come in with 16,627 in sales and equivalents with their new album Imperfect Circle. They have also released a single called “Hold On” to country radio, which currently sits at #47. Though the debut is average for a middle tier country band, they have to be slightly disappointed that the 14-year wait by fans for a new record and their current 25th Anniversary tour did not materialize into a better showing.