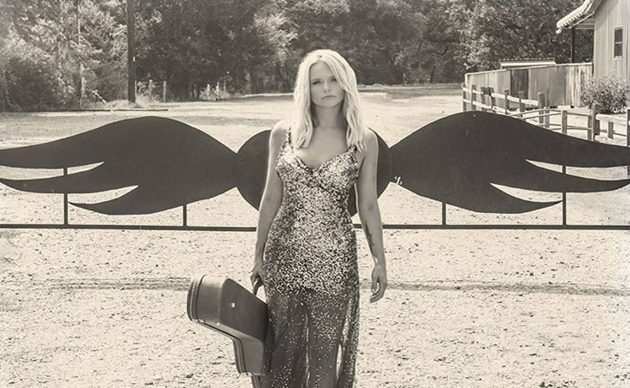 Proving once again that Miranda Lambert is the independent-minded artist with mainstream impact that deserves to be the 4th face on the Country Music Mt. Rushmore, she was just named the Country Music Hall of Fame’s Artist-In-Residence for 2018. Beyond the shows she will play at the Hall of Fame for intimate audiences, it puts Lambert in an elite class of country music performers, including Cowboy Jack Clement, Earl Scruggs, Tom T. Hall, Guy Clark, Kris Kristofferson, Jerry Douglas, Vince Gill, Buddy Miller, Connie Smith, Kenny Rogers, Ricky Skaggs, Alan Jackson, Rosanne Cash, and last year’s Artist-In-Residence, Jason Isbell.

As you can see from the pedigree, Artist-In-Residence beneficiaries are often ones who put art and songwriting first. The honor has also been seen previously as a precursor to full induction to the Hall of Fame, which was true for Jack Clement, Kenny Rogers, Ricky Skaggs, and Alan Jackson. Obviously Miranda Lambert has much more service time to fulfill before she would be eligible for the Hall of Fame proper, but it does mean that the organization and the CMA recognize her contributions to the genre, and are willing to reward them.

“We’re talking about someone who has been the CMA’s top female vocalist a record seven times, selling millions of albums and scoring hit after hit while retaining absolute artistic conviction and credibility,” says Hall of Fame Museum CEO Kyle Young. “She writes her heart and sings her truth, and her truth resonates. We are honored that she is this museum’s 15th Artist-In-Residence, the latest in a line of greats that includes some of Miranda’s own musical heroes, like Guy Clark, Tom T. Hall, Kris Kristofferson, and Buddy Miller.”

First established in 2003, part of being named Artist-In-Residence means Miranda will perform at CMA Theater at the Hall of Fame on Wednesday, Sept. 19 and Wednesday, Sept. 26. Both shows will begin at 8 p.m., and tickets go on sale Friday, July 13 at 10:00 a.m. CDT at countrymusichalloffame.org. Ticket sales are limited to four tickets per transaction on a first come, first served basis and are non-refundable. Expect it to sell out immediately.

“The history that the Country Music Hall of Fame and Museum holds is so important,” says Miranda Lambert. “It’s truly an honor to be named Artist-In-Residence for the museum. I’m thankful for this place, where our music can continue to be cherished, and I’m thrilled to be among the esteemed artists who have been honored by this designation.”

What will be next for Miranda, Grand Ole Opry induction?