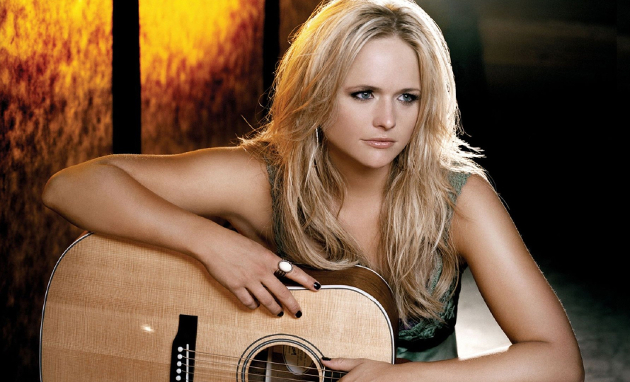 In wanton disrespect of the Labor Day holiday (aren’t journalists laborers too?), the Country Music Association announced their nominations for the 2017 CMA Awards on Monday (9-4) morning, with Miranda Lambert leading all nominees with five total nominations, including for Female Vocalist of the Year, and Album of the Year for The Weight of These Wings.

Even though (or maybe because) Miranda’s current single “Tin Man” continues to struggle to find traction on radio, it’s also picks up two nominations, one for Single of the Year, and one for Song of the Year. Miranda’s dominance of the nominations proves once again that country radio is out of step with the rest of the population when it comes to the reception and desire for music.

So does the fact that Jason Isbell shocked the world by being nominated for Album of the Year. His most recent release The Nashville Sound has finally broken through the independent music barrier for the CMA’s, and has to be considered a serious contender for the award after the recent award accomplishments by Chris Stapleton. And will Isbell perform at the awards as well?

Keith Urban and Little Big Town also nabbed multiple nominations with four each, and Eric Church is also a big nom getter with considerations for Entertainer of the Year, Male Vocalist of the Year, and Vocal Event of the Year with Rhiannon Giddens for “Kill A Word.” Jon Pardi also surprists with three nominations.

Another interesting note is that the nominations for both the Song of the Year and Single of the Year categories are exactly the same. Normally Song of the Year would be considered the more critical contenders, while Single of the Year would be the commercial performers. This was a poor oversight by the CMA voters, and a better delineation of these two categories should be called for in future years. It does however mean that songwriters Jack Ingram and Jon Randall can brag they’re nominated for two CMA Awards with their work on Miranda’s “Tin Man.”

The CMA Awards will be on November 8th on ABC. Make sure to tune in for Saving Country Music’s LIVE blog of the event.

All the nominations, and knee jerk reactions and prognostications below. NOTE: Predicted winners are NOT personal picks of SCM or endorsements. They are PREDICTIONS. And if they hold, Miranda Lambert could have another big night.

Hard one to call, but let’s hope it’s not Keith Urban. After it was proved you can win this strictly off of touring prowess by Garth Brooks last year, who knows what to expect. It’s probably between him and Luke, but Luke’s the one that will have a big next couple of months with a new single out.

There will be a lot of effort to see Miranda Lambert done right here, and the votes for Chris Stapleton and Jason Isbell might split themselves. This is a really strong field except Lady Antebellum, but Miranda probably nabs it in the end.

If you go with the spirit of the Single of the Year award, Sam Hunt will win this. But it’s interesting: Sam Hunt has struggled at awards shows. Even Music Row is reluctant to crown someone so pop as country. But with “Body Like a Backroad” breaking records, Sam probably wins handedly.

“Tin Man” will be what most root for, but there will be a temptation to give this to Little Big Town, if for no other reason than to try and coax songwriter Taylor Swift into the building right after she releases her new record and is the biggest thing in the world. Love Jon Pardi, but “Dirt On My Boots” is garbage, and doesn’t deserve to be here.

Scott Borchetta and Big Machine—looking for wins and getting locked out of the better categories—will command all his voting blocks to get behind Thomas Rhett. Stapleton and Church have outside chances. Why is Luke Bryan not here? This can’t be a good sign for Gomer.

Yeah yeah, Carrie or Miranda? Carrie is the better singer (just ask Miranda), but Miranda is the one with the momentum. It really is a shame this keeps going to the same person over and over, not to say Miranda hasn’t deserved it many of the years. But it’s hard to see anyone else win. Cool to see Reba get some ink here. Maren Morris is your dark horse.

Let’s hope it’s not Brett Young or Old Dominion. Jon Pardi would be a real nice pick here, and he’s earned it from his recent commercial performance. Luke Combs has as well, continuing to surprise with strong album sales and traction on radio. Good to see at least one woman in Lauren Alaina nominated here, but she’s probably the only one not likely to win. Odds are probably best for Brett Young, but this is a very open field.

Lol, Maddie & Tae? Love those girls, but this shows how far they’re stretching just to find names to fill it. Brothers Osborne has been on a hot streak over Florida Georgia Line in the recent past, and since the Cruize Boys are off their album cycle, it would be a surprise if they do anything here. But so are Brothers Osborne. So who wins? Probably LoCash or Dan + Shay, which would be a bloody shame.

Little Big Town continues to be a favorite, but Zac Brown Band may angle for this after “coming back to their roots.” Too hard to prognosticate.

With the death of Glen Campbell, there’s an opportunity the sympathy vote reigns supreme, and both Glen and Willie walk away with a CMA. If that happens, hopefully they televise it, and Glen’s family can bask in the honor. Everything else is a garbage fire except “Kill A Word,” which probably should win. “Speak to a Girl” is not nearly as good as it’s being given credit for.

Musician Of The Year