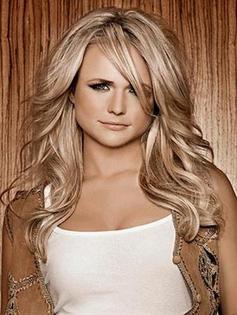 Well so much for entertaining the idea in your country music brain that if Miranda Lambert had her way, she’d go all “Gunpowder & Lead” on the purveyors of Bro-Country for their sexist and objectifying behavior if she wasn’t such a classy chic who would rather let her music do the talking.

While many male artists, including Joe Nichols recently, and even some of the bros themselves like Jake Owen have come out saying they’d prefer a little more substance with modern country music, in a recent interview with Billboard, Miranda removed any and all doubt about how she feels about Bro-Country, at least in what she’s willing to portray to the public.

I don’t know where “bro country” came from or what it really means, but a lot of those guys are my buddies and I ­support their music. Within ­country there are lots of styles: stone-cold country, like Brandy Clark, and there’s Florida Georgia Line with what they do, which is completely different and bringing a whole new audience. There’s room for everyone.

Interesting that Miranda pulled the same move of playing dumb about what Bro-Country actually means—a tactic deployed by many of the bros themselves when the issue is brought up. It’s not necessarily that they actually know what the term means and are playing dumb as much as it might be a commentary on self-awareness. But either way, to hear country music’s current top-ranking femme fatale and one of the few women who can lay inroads into the male dominance in mainstream country music make nice with many of the people at the heart of the problem is disconcerting to say the least. If country music is in the midst of a sex war, the women just waived the white flag. It was a much better world when Miranda was ducking and weaving around the issue, and left her true thoughts open for interpretation.

But possibly most disturbing about Miranda’s statement is the misguided sentiment behind Bro-Country “bringing a whole new audience” and that there’s “room for everyone.”

First off, Bro-Country did bring a new audience to country, but it was in the form of many young interloping listeners who left with the tide once Bro-Country went on the wane. That’s the reason country right now is struggling with the key demographic of 18 to 34-year-olds to the tune of posting the lowest ratings with younger listeners last month since December of 2012. Even worse, as the Bro-Country tide washes out, a lot of the older listeners who left the format because of Bro-Country are not returning to fill the void. Bro-Country left an open wound behind in the heart of country.

In other words, there isn’t “room for everyone” in country music. Instead it has become a cultural flash point more than ever that is disenfranchising both sides of the cultural divide.

Country songs that include lines like “stick the pink umbrella in your drink,” songs that include rapping, hip-hop, and EDM influences are in no way inclusive of mainstay country listeners, they’re divisive. You now have families turning their dials away from country stations and listening to pop because it’s a more family-friendly and inspired environment.

Trying to be all things to all people can run the risk of alienating everyone, and that’s the precipice mainstream country finds itself perched beside in the aftermath of the Bro-Country onslaught. Will country music chart a more sustainable path in the future, or will it continue to chase trends? And will the genre’s top artists take some leadership, or will they continue to play it safe instead of speaking their minds at the risk or ruffling a few feathers?