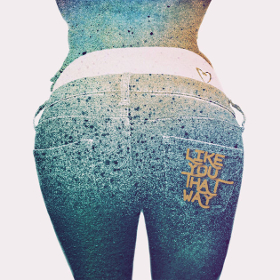 Canaan Smith, Cole Swindell, Chase Bryant, Chase Rice, Chris Lane, who are these clowns? It’s like one douchebag with many faces. Their songs, their styles, their personalities are indistinguishable and interchangeable. They might as well be the same person. Nashville’s overcrowded enough these days. Just pick one of these guys and release all the music through them. Nobody would recognize the difference and it would free up a few more parking spaces downtown. Seriously.

Whatever a guy like “Canaan Smith” releases, you know it’s going to be a hit because he’s a young male signed to a major label. It doesn’t even matter what the song is. It’s preordained by the well-ordered Music Row system to make sure every major label remains flush with cabbage and in equal and ample portions. Canaan Smith made his name with a song called “Love You Like That” that name drops Tom Petty. Now he’s looking to take the next step with a song called “Like You That Way” that name drops Miranda Lambert. “Love You Like That” to “Like You That Way.” They’re not even trying to hide anymore how bereft of ideas and formulaic they’ve become.

It’s just the same song, from the same basic person, about the same stuff. Canaan Smith just happens to be the vessel they’ve chosen on this particular round. It’s his turn down the conveyor belt. Rearrange the words a little bit, up the tempo maybe because it’s the summer and people like up tempo stuff in the summer, right? And boom, here’s a summer hit. Take it or leave it, but you’ll probably have to take it because radio will ram it down your throat for the next four months.

“Like You That Way” has nothing. It relies solely on tempo and buzzwords to waste 2 minutes and 47 seconds of your time ’till the next fluffy single comes on. Remember when musician Jim Lill exposed that most radio hits right now use the same exact drum beat? Well yep, “Like You That Way” has that beat too, of course. There’s also some stupid “whoo hoo” breakdown at the 1:29 mark that has to be ripped off of half a dozen other songs. Give “Like You That Way” credit for using actual drums and real instruments, and not being completely vomitous like some current singles, but that’s about all the praise this song is worthy of.

Any what about just taking for granted that couching Miranda Lambert as “crazy” is cool? Yes, Miranda Lambert did it to herself with her album Crazy Ex-Girlfriend, but that was a decade ago now, and more about building characters and telling stories through music than labeling herself as mentally unstable. Learning about character and storytelling is something Canaan Smith could use a lesson in.

Miranda Lambert is mostly a team player, and she’s not likely to come out and swipe Canaan Smith on the nose for this song. She’s not Sturgill Simpson. Miranda’s more about setting the example as opposed to speaking out, which is fine. But this song feels like a reduction of Lambert, even if it’s meant in some endearing way. Let’s not make too much of this though. Hell, in one respect maybe this is another way to get Miranda’s name out there since radio has recently been ignoring her. But I’d rather hear Miranda Lambert on the radio—or any woman for that matter—than some tool singing about her.

And what the hell is up with the cover art for this song? It’s just a big female ass right in your face? What does that have to do with anything? It’s like “Here’s an ass. Listen to this song.” It’s so gratuitous and obvious. Years ago this itself would have caused a stir for it’s disrespectfulness in country, but today you just kind of expect this type of objectification.

“Like You That Way” is harmless and forgettable, but almost so much so that it’s offensive to those to listen to music to be stimulated. It’s not just how lame these songs are, it’s how many of them permeate the airwaves coming from artists who’ve been stripped of their personality to make them universally palatable. Get some balls. Say something. Don’t just be the same generic dude. “Like You That Way” is supposed to be about celebrating someone’s individuality. So heed its lesson and stop releasing the same whitewashed crap.

Canaan Smith, Like You That Way, Miranda Lambert, Review