You only have to pay mild attention to Miranda Lambert’s music career to know her support of true American songwriters is far from skin deep. Her latest record The Weight of These Wings has a monster list of contributing songwriters, and she’s been known to get a wild hair and drive for miles to see someone like John Moreland play a dive bar.

A similar scenario played out Friday night (12-9) in Austin, TX when Miranda Lambert showed up to support four Texas songwriters at the Saxon Pub despite temperatures flirting with sub freezing. Dubbed the Hard Candy Christmas Tour, Courtney Patton, Jamie Lin Wilson, Brennen Leigh, and Sunny Sweeney played their 3rd stop on the 12-date tour that will take them next into the Midwest (see dates below).

Jamie Lin Wilson is the songwriting maven known for her work with The Trishas and others whose 2015 record Holidays and Wedding Rings people still are raving about. Courtney Patton is one of the most important voices in Texas country, and is prepping the release of a duets album with her husband and fellow songwriter Jason Eady in early 2017. Sunny Sweeney is the former major label signee with a Top 10 single that has returned to Texas to get back to her songwriting roots and is releasing a new album Trophy in March, and Brennen Leigh is the formidable front person for the new band High Plains Jamboree whose been the heart of numerous Austin-based country bands and recently put out a tribute to Lefty Frizzell.

One is good enough, but together these songwriters equal a sum greater than their parts. Miranda Lambert seems to agree. 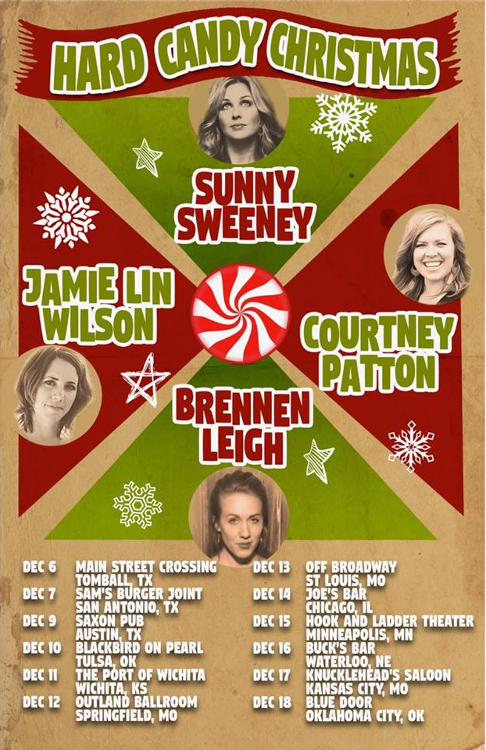