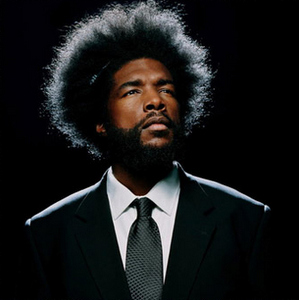 The mono-genre theory states that all popular music is coalescing into two big super-genres of country and hip-hop—both of which have basically become blanket terms for white and black music respectively (or rural and urban), to eventually all coagulate into one big mono-genre blob of popular music with styles and influences commingling seamlessly to create the widest possible audience for music products by appealing to the least common denominator. Evidence of this phenomenon, and the deepening of the trend, can be found everywhere throughout popular music, from country acts and songs that integrate hip-hop into their sound dominating country charts, to the death of popular rock and R&B, to a Billy Ray Cyrus remake crashing the hip-hop charts.

The mono-genre isn’t just a problem for country music; it’s a problem for all genres, and the culture that surrounds them. Nobody has spelled this out better recently than the new bandleader for NBC’s Tonight Show, Questlove. As a drummer, DJ, and record producer, Questlove has become a very well-respected member of the music community as both a performer and leader. In a recent essay titled When the People Cheer: How Hip-Hop Failed Black America, he spells out how the dominance of hip-hop in black music has put culture at an extreme disadvantage.

“Hip-hop has taken over black music,” Questlove says. “Look at the music charts, or think of as many pop artists as you can, and see how many of the black ones aren’t part of hip-hop…It wasn’t always that way. Back in the late ’80s, when I graduated high school, you could count the number of black musical artists that weren’t in hip-hop on two hands maybe. You had folksingers like Tracy Chapman, rock bands like Living Colour, pop acts like Lionel Richie, many kinds of soul singers and that doesn’t even contend with megastars like Michael Jackson and Prince, who thwarted any easy categorization. Hip-hop was plenty present…but it was just a piece of the pie.”

Hip-hop went on to become so dominant and influential, it encroached into the rock format in the late 90’s with the rap metal movement, and today hip-hop has just as much influence on poplar country music as country music does. As a hip-hop artist himself, you might think Questlove would be happy about this development. But on the contrary, he sees hip-hop’s dominance bleeding the diversity out of music, rendering it weaker and less meaningful.

“Maybe domination isn’t quite a victory. Maybe everpresence isn’t quite a virtue,” Questlove ponders. “Black culture, which has a long tradition of struggling against (and at the same time, working in close collaboration with) the dominant white culture, has rounded the corner of the 21st century with what looks in one sense like an unequivocal victory. Young America now embraces hip-hop as the signal pop-music genre of its time. So why does that victory feel strange: not exactly hollow, but a little haunted? … Once hip-hop culture is ubiquitous, it is also invisible. Once it’s everywhere, it is nowhere. What once offered resistance to mainstream culture…is now an integral part of the sullen dominant.”

Aside from black music culture offering less choice to music listeners as a result of the domination of hip-hop, Questlove is concerned there could be additional consequences throughout culture. Similar to how hip-hop used to represent poor black people, country music used to represent poor white people. As both artforms have gone pop, they have become the vehicles for escapism for the upper classes, leaving their music meaningless for its core constituents. Financial advisers warn investors to make sure diversity is considered in their portfolios because diversity is what shields something from being susceptible to adverse trends. Hip-hop, or black music, like country, or white music, is now built upon very few styles and influences and artists. Many of the songs and artists sound the same, and that makes the stilts that prop up these big, overloaded super-genres anemic and fragile. “Once all of black music is associated with hip-hop,” says Questlove, “then Those Who Wish to Squelch need only squelch one genre to effectively silence an entire cultural movement.”

One point Questlove made that is open for disagreement is in how hip-hop doesn’t just define music, but a culture, and how hip-hop is singular in that respect. “….that’s what it’s become: an entire cultural movement, packed into one hyphenated adjective. These days, nearly anything fashioned or put forth by black people gets referred to as ‘hip-hop,’ even when the description is a poor or pointless fit….This doesn’t happen with other genres.”

But his point is a perfect example of what is happening in country as well. “Country” isn’t just music anymore; it is offered as a one-stop corporate lifestyle. Artists are endorsing products more and more, launching their own clothing lines, and even Cumulus has talked about getting into the country music furniture, food, and paint business.  “…even when the description is a poor or pointless fit” is the perfect way to describe much of the music that has now found a home in country in the aftermath of the implosion of guitar-driven arena rock and other popular versions of music.

Whether it’s country or hip-hop, the death of diversity has left American music in crisis, with potential ramifications that could reach far beyond the musical realm.