“When people ask me who I admire most in the world, I always have the same answer: Muhammad Ali.” –Waylon Jennings 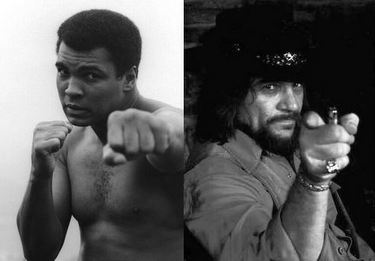 The occasion of Waylon Jennings’ Arizona estate being auctioned off on October 5th, 2014 by Guernsey’s Auctions has given us the opportunity to sit back and be awed at the remarkable life this poor boy from Littlefield, TX lived. The artifacts that Waylon accumulated over the years tell the story of a man who lived an incredible life, and one with a little more refinement than what there appeared to be on his rough, “Outlaw” surface. The presence of a letter to Waylon from John Lennon speaks to the breadth of Waylon’s influence and respect in the music world, but outside of music, there was another acquaintance, just as remarkable in its strangeness, but even more astounding in its depth. I’m speaking of Waylon’s undying friendship with Muhammad Ali.

Two heavyweights from different disciplines coming together in friendship is one thing. But the respect these two men had for each other is something so erudite and unexpected, it can give you chills.

“I thought he was too smart-ass for his own good when I first heard of him,” Waylon said in his autobiography with Lenny Kaye. “But after I realized what he was doing, he left-hooked me quick. Muhammad talked about himself with a grand sense of humor, but it helped that he was probably the most gracefully flamboyant boxer of our lifetime.”

Waylon was introduced to Muhammad Ali by Kris Kristofferson in 1978. “I met him back in the ’70s, after I did ‘A Star Is Born,’ and he’d seen the movie,” Kristofferson tells Men’s Journal. “We’ve been close since. I remember that Waylon Jennings, who wasn’t impressed with anybody, wanted to meet Ali. I introduced them at some restaurant in Los Angeles, and I was worried because that’s when Waylon was really messed up. He looked like death eating a soda cracker his hair was all greasy and he’d been up for a month, I think. But they became great friends too.”

Kristofferson says of Ali, “I’m still close with Muhammad, and he’s probably the biggest hero in my lifetime.”

In Ali’s dressing room during a fight is where the deep friendship between Waylon and Ali was forged. “Kris brought me back to his dressing room the night he won the belt back from Leon Spinks. Before the fight, he was the most calm man you ever saw, sitting on his trainer’s table, waiting, sure it was a done deal.”

Muhammad Ali’s September 15th, 1978 fight with Leon Spinks wasn’t just your typical boxing match, or even your typical heavyweight title fight involving Muhammad Ali. Earlier that year in February, Spinks became the first man to defeat Ali in the ring to claim boxing’s heavyweight belt. Seven months later in Louisiana the rematch ensued, held at the Superdome and immortalized as the “Battle of New Orleans.” Ali, who hadn’t taken the first bout seriously, won the rematch solidly in 15 rounds by a unanimous decision. Once again, Muhammad Ali was the Heavyweight Champion of the World, making him the first ever three-time champ.

“When I left, he simply said ‘Waylon,’ and gave me a big hug,” Waylon recalls, but that was not all he gave Waylon. Whether it was a token of his friendship, or repaying Waylon for being his good luck charm that night, Muhammad Ali gave Waylon the white terrycloth robe he wore before the fight, and the training gloves from the bout as a gift. At that moment, a robe that already was a priceless artifact of the boxing world also became an important artifact in the country music world, bestowed with such honor by the friendship between the two men.

“We had lunch in L.A. a few months later,” Waylon remembers. “And after Shooter (Waylon’s son with Jessi Colter) was born, I called him and told him we were having a christening. ‘We’d love to have you,’ and sure enough, he showed up and flopped down on the couch. ‘I’m here to integrate this joint,’ he said with a smile.” 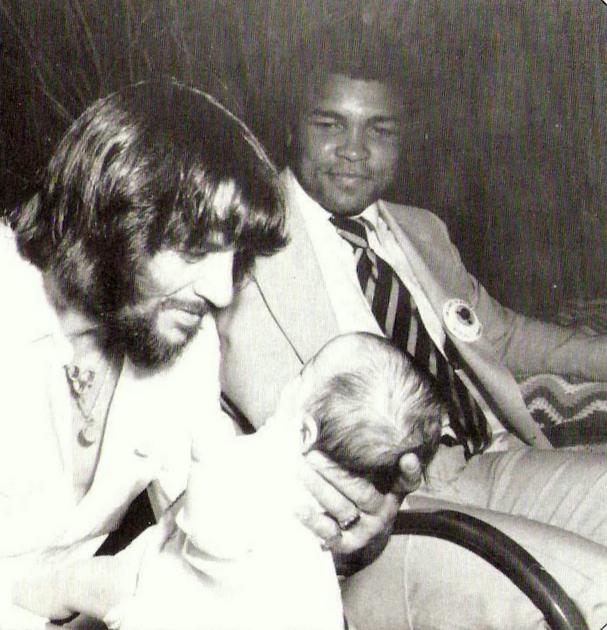 Waylon once wrote a song for Muhammad Ali called “Here’s To The Champions,” but never got to sing or record it for him. But at a Parkinson’s Fund dinner in Phoenix in 2010, Kris Kristofferson sang the song with Waylon’s widow Jessi Colter for Ali. It reportedly brought tears to Ali’s eyes. The yellow piece of paper Waylon wrote the lyrics to Ali’s song on, as well as other pictures of Ali from Waylon’s estate will be a part of the upcoming Waylon auction along with the robe, and the gloves given to Waylon by Ali.

After attending Shooter’s christening, something else happened that showed the deep friendship between Waylon and Ali. “I had just bought the bus we called Shooter I,” Waylon recalls. “It wasn’t even furnished yet; I don’t know if it had license tags. Muhammad asked me for the keys, drove it to Louisville to see his momma, and then brought it back. He could have kept it for all I cared. He means that much to me, and the world.”

Items Given to Waylon by Muhammad Ali: 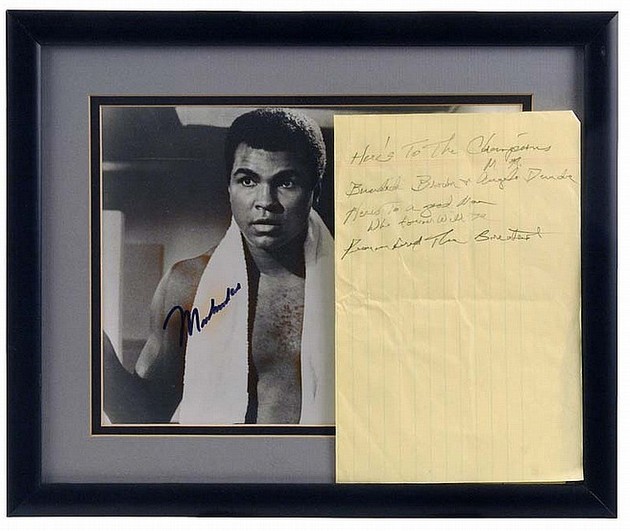 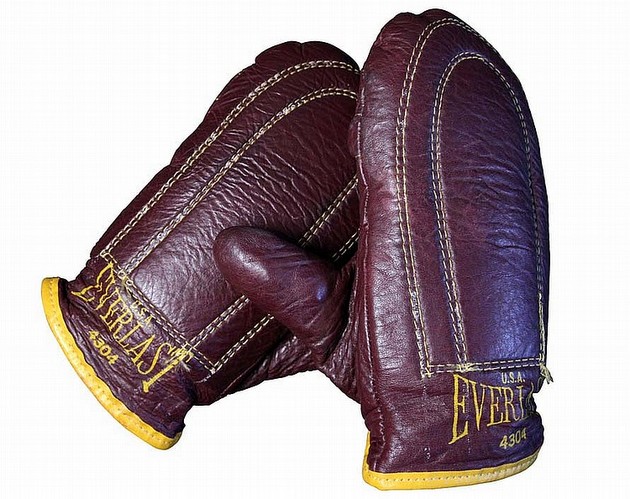 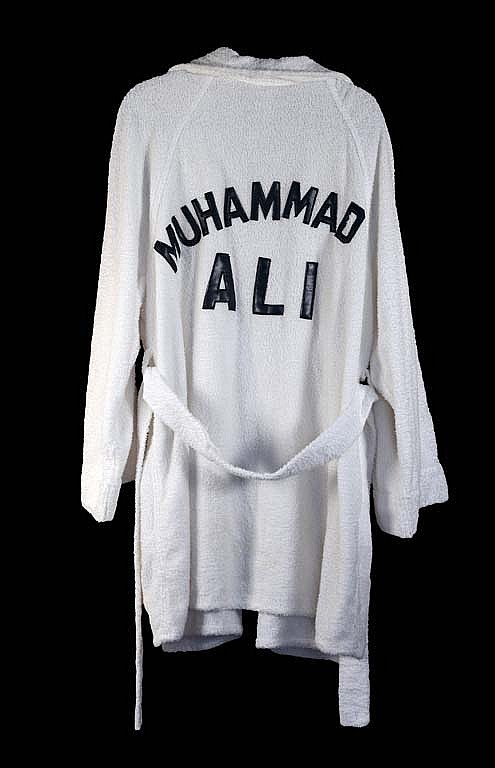