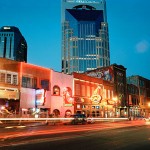 Forget all your stuffy old outmoded notions of what Nashville is. Right now Nashville is the center of the music universe in so many more ways than what is represented by the few city blocks of old houses and mini-rise office buildings on Music Row. Right here, right now, Nashville is the place to be for independent music. Sure, in a few years when the rest of the world catches on to that fact, they will move there in droves and ostensibly destroy what motivated them to move there in the first place (see Austin, TX circa now). And in many ways, especially in parts of east Nashville, this is already happening.

But right now, Nashville is that magical locale in the country where creativity is thriving because of the influx of talent coming in and the caliber of projects coming out. When you have so much talent and rabid creativity in one place, it compounds on itself in collaborations, it pushes individual artists to be better to keep up with their peers, and the end result is a mutual inspiration that rises all boats. It’s Haight Ashbury circa 1965. It’s Guy Clark’s kitchen in the movie Heartworn Highways.

This is just one clique of many, but right now in Nashville there is a crop of close-knit quasi-country musicians who represent the nucleus of the new Americana movement and the rebirth of creativity in Music City. Here they are, and how they inter-relate with each other.

Some people probably thought he was nuts for quitting the Drive By Truckers to pursue a solo career. Now he’s arguably one of the biggest names in Americana, and certainly one of the most current and influential. Jason Isbell is all about the power of the song. Originally from just outside of Muscle Shoals, his song “Alabama Pines” was the Americana Music Award’s Song of the Year in 2012. He was once married to Drive-By Truckers’ bass player Shonna Tucker. Now he’s married to Amanda Shires. He’s also good friends with Justin Townes Earle and appeared on his album Harlem River Blues, and played guitar for Justin when he performed the title track from the album on David Letterman. 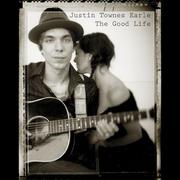 A name made famous by others, but with a talent all his own, Bloodshot Records took a shot on this wild card with a rough past, and it paid off in spades. Along with Isbell, Justin Townes Earle is one of the most current and influential outlets for Americana music. Aside from putting out 5 stellar records, his resume is diverse, from being named one of GQ’s “Most Stylish Men” in 2010, to producing Wanda Jackson’s last record Unfinished Business. He’s good friends with Jason Isbell, who appeared on his album Harlem River Blues, and played guitar for Justin when he performed the title track from the album on David Letterman. Amanda Shires, who is married to Jason Isbell, is the girl that appears on the cover with Justin on his album The Good Life. Fiddle player Josh Hedley toured with Justin for a number of years, and Caitlin Rose has toured with Justin in a supporting role. 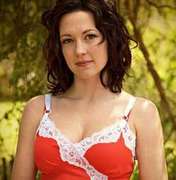 A fiddle prodigy that joined the legendary Texas Playboys at age 15, Amanda Shires’ talents began to be exposed to the alt-country/Americana world as a member of the Thrift Store Cowboys from her hometown of Lubbock, TX. Soon people began to catch on that Amanda was just as gifted as a singer and a songwriter as she was a giving, skilled, and attentive accompanist and collaborator, and she released her first solo album Being Brave in 2005. Amanda began playing with Jason Isbell both in a duo role, and with his band The 400 Unit a few years ago, eventually leading to their marriage in February of 2013.  On twitter she now goes by “Amanda Isbell.” She appeared on the cover of Justin Townes Earle‘s The Good Life and has played fiddle for Justin as well.

The weird, quirky, sarcastic, but sincerely talented songwriter and performer whose silly songs may be an initial turnoff, but when delved into deeper reveal devilish wit and demonstrative scope. Like a Roger Miller of our time, I once overheard a concert attendee say about his music, “It’s like really bad country music that you can’t help but love.” His steadfast Tonto is fiddle player Josh Hedley, whose been with Jonny ever since he stopped touring with Justin Townes Earle. Jonny has shared Caitlin Rose‘s pedal steel player Spencer Cullum, and Jonny and Caitlin have appeared on stage together multiple times. They are both currently releasing albums through ATO Records. 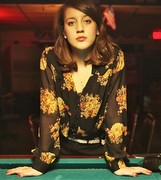 The daughter of country music master songwriter Liz Rose, she has a powerful voice that matches her stellar songwriting skill and pedigree. Though the UK seems much more receptive than the US to her music at the moment, the boldness and accessibility of her recent release The Stand In should go far in making Caitlin a staple name in Americana for years to come.  She has toured with Justin Townes Earle, and both have worked with studio producer Skylar Wilson. She has shared the stage and her pedal steel player Spencer Cullum with Jonny Fritz, and both Caitlin and Jonny are currently releasing albums through ATO Records.

Like Amanda Shires, Josh is the consummate, selfless, fiddle-playing sideman who also displays moments of brilliance when he steps into the frontman role. He’s opened for Eileen Rose as a solo artist, and released an EP called Green Eyes in 2009. He’s also done studio work for artists as big as Jack White, and is known to perform at Nashville’s fooBar, Full Moon Saloon, and other locations when not on the road. For years he played fiddle for Justin Townes Earle. He’s now the mainstay of Jonny Fritz‘s traveling band.