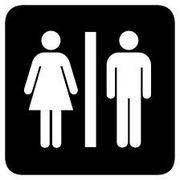 When it comes to country music, it is the best of times, and the worst of times . . . depending on if you’re talking about male or female artists. While it’s easy to focus on the awful, strident, and inane music from mainstream country’s male-dominated ruling class, there is an inspiring sect of female performers attempting to emerge from the heavy shadows of towering males and their tiring musical pap.

Here at Saving Country Music, we’d like to think we were ahead of the curve proclaiming the women of country on an astounding creative clip compared to the men who appear to be headed in the complete opposite direction. Four months deep into 2013–a year some are now labeling “The Year of the Woman” in country music–and country’s gender gap is taken as a given, with many major news outlets running stories about how country music’s women are outpacing the men when it comes to creativity, authenticity, and leadership–women like Ashley Monroe, Kacey Musgraves, Kellie Pickler, Caitlin Rose, Lindi Ortega, and Holly Williams.

So the next question would be, why the gender gap?

During the music industry’s lost decade (roughly running from 2000 to 2010), the lone demographic the music business could still count on was females, which according to numerous surveys and studies purchases more music than men. While the industry struggled to find the right way to market and distribute music in the onslaught of the digital age, women and girls were less likely to illegally download music or download music at all, preferring the more traditional physical music formats (though it’s also been found illegal downloaders still by lots of music). Then as the music industry began to catch up to the technology trends later in the decade, women bucked their stereotype as technology novices and became the biggest buyers of digital music according to a recent Parks Associates survey.

This is the reason artists that appealed to girls and women, like Taylor Swift, became recession proof for country music. Even male artists that appealed mostly to women like Rascal Flatts did well during music’s lost decade. As Music Row in Nashville began to discover who they could count on to purchase music, we saw themes that appeal more to women dominate the country format. Songs mentioning “sippy cups” and sappy love stories sold well and so this became country’s prevailing trend. 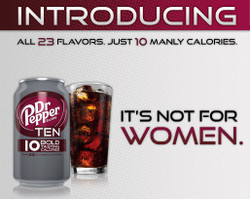 Meanwhile on Madison Avenue and other influential epicenters of corporate America, companies began to catch on to the financially lucrative practice of gender marketing to men. Whereas before you would have products like shampoo and soft drinks that would either appeal to everyone or women specifically, now you began to see the gray bottle emerge on supermarket shelves, proclaiming them men-only products.

All of a sudden there was men’s shampoo, men’s soap, men’s body spray, and men’s lotion. This trend has 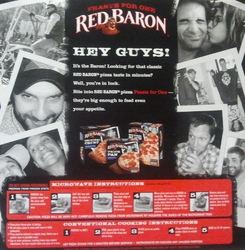 recently exploded in the food world, with soft drinks like Dr. Pepper 10 advertising themselves as “not for women.” Red Barron released a line of frozen pizzas specifically targeting men in their packaging.

Bringing it back to country music, Music Row, like Madison Avenue, began to catch on that they’d been ignoring a huge demographic of the population. Discounting the financial impact of the male demographic began to take on a self-fulfilling progression, and to see the growth the industry needed to pull out of their recent losses, they needed to engage male listeners.

The results of this new gender marketing to males in country music has been successful, both financially and with industry accolades. The last round of both the CMA and ACM Awards saw male performers win the mixed gender “Entertainer of the Year” and “Album of the Year” accolades. Winners Blake Shelton, Jason Aldean, Luke Bryan, and Eric Church are now seen as the new generation of country music power franchises.

But what Nashville and Music Row have lost sight of is what this trend of simplistic lyrics–and the new trend of integrating them with rap–could do to the long-term viability and autonomy of the country format. Once again mainstream country music is making the mistake of ignoring half the population like they did during country’s female-dominated moment during music’s lost decade. It all seems to have lost sight of the uniting power of the song when the theme is universal, making gender, age, location, background, and political and religious affiliations irrelevant. These songs still exist in country music. They do. But they are rarely heard beyond the small but fervent fan bases of country’s new generation of female performers who are writing and signing them. It is in these performers, and these songs that country music could find the universal appeal needed for true financial stability and success.