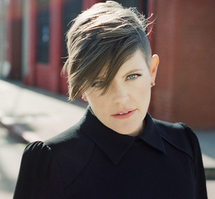 So Natalie Maines has a new record out called Mother, and what you think about it probably has more to do with if you listen to Fox News or NPR than an actual investigation and assessment of the tunes. Yes, she is that Dixie Chick; the one actually responsible for uttering the now notorious line about George W. Bush that stimulated the greatest black balling in the history of country music. For that reason, and Natalie’s subsequent behavior, new music from her acts as an immediate political flash point for polarizing discourse.

Then to add to the fracas, Mother is a self-described rock album in a purposeful avoidance of the country crowd. She told CBS Sunday Morning that country music “burned her ears,” causing yet another outrage to surround her music beyond the political one. Hey, when I turn on country radio, I tend to feel the same. The problem is, Natalie didn’t chase her sentiment by extolling the virtues of true country. Maines is going scorched earth, and seeing what the Dixie Chicks endured, (i.e. death threats and such) in some ways it is hard to blame her.

But with switching genres and throwing country music under the bus, she brings into question the sincerity of her country output over the years. This leaves the staunch defenders of the Dixie Chicks’ music with some big questions. So all of those Dixie Chicks songs that country fans stood behind over the years despite the mounting political backlash didn’t come from Natalie’s heart? Natalie told The Hollywood Reporter about her new direction, “This is more what comes naturally to me. Not that anything with the Chicks didn’t; all my musical instincts still fit in in that configuration and that music as well. But I didn’t grow up listening to country music. I pretty much grew up rebelling against country music. So I’m right back where I started! It feels perfect.”

Some are going as far as to call Natalie Maines and Mother pop music. They say this is Natalie’s sellout moment since she can’t make it in country anymore. Maybe some of the tracks veer slightly in that direction, but simply listening to the album you can tell pretty quickly that this music would not commonly appeal to fans of Taylor Swift or Katy Perry. Mother is mostly modern rock, and except for three co-writes from Maines, it is mostly covers, with the title track taken from Pink Floyd’s The Wall, and the album’s opening track “Without You” from Eddie Vedder. 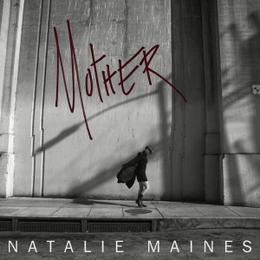 Maybe even more important to point out about the album is that however notorious Natalie’s left-leaning bravado has become recently, no such sentiments are included on Mother whatsoever. Nonetheless, the right will avoid this album as political propaganda from a commie with a lesbian haircut, while liberals who traditionally would never sniff at this type of music will buy three copies just bolster Natalie’s cause. In the meantime, lost in the fray is a frank conversation on if the material of Mother is worth your time.

The reason you don’t hear much about straightforward rock music these days is because it is suffering from poor positioning on the relevancy arch. That is why so many performers who would’ve been labeled rock in the 90’s are now making their way in country. In the respect of taste and timing, Mother comes across as a little bit underwhelming, though most of the material itself is pretty solid when taken in its own context. A couple of songs, like Ben Harper’s “Trained,” feels somewhat contrived. Harper was Maines’ co-producer for the album. But Natalie’s epic take on Jeff Buckley’s “Lover, You Should’ve Come Over” is so good, it anchors this project. The song allows Natalie’s voice to rise to her sweet spot and show us that she still has the ability to captivate with her voice. “Vein in Vain” also resides in Maines’ wheelhouse, where the emotion behind the story comes alive through the performance.

In the end, Mother is an album of music just like any other, from an artist who has political views just like most artists do. Maines’ continuing public discourse is probably limiting the outreach of her music, just as it’s probably her biggest publicity asset. She seems to revel in the negativity surrounding her, feeding it, and feeding off of it, poking sleeping giants continuously instead of simply moving on, and then playing the role of victim.

But being unwilling to give a chance to music simply because of the political affiliations of an artist or even the genre it comes from is putting undue limitations on your musical experience. Natalie Maines seems to be willing to avoid her political beliefs when making her music, so I’m not sure why it is so hard for some to avoid them when listening to it.