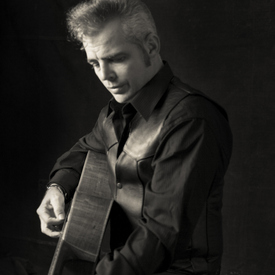 If there’s one thing you can expect from Dale Watson, it’s a new album on the way. With 21 major albums under his belt in 17 years, the iconic pompadoured Texas music legend has been nothing less than prolific.

His last album The Sun Sessions with its Johnny Cash-infused vibe came out in October of 2011 so you’d figure it’s about time for him to release some new material, and that’s exactly what he’ll do on Monday (8-27) when he debuts his new single “Daughter’s Wedding Song”; the first single from his upcoming album I Lie When I Drink due out in early 2013.

“I’m often asked to recommend a song for the father/daughter dance,” Dale says. “I usually say Merle Haggard’s “Farmers Daughter.'” The only problem is that, in the song, the mother is gone. So one day I told this couple I would write one special for the dance. While writing, I drew on my two daughters for inspiration and started crying halfway through it. I figured if it hit my heart strings, maybe it’ll hit the heart strings of fathers and daughters everywhere.”

Like The Sun Sessions, I Lie When I Drink will be released on Red House Records. And for those that can’t wait for some Dale, he will be playing at the Muddy Roots Festival in Cookeville, TN Friday night (8-31), right after Little Jimmy Dickens, and right before Wayne “The Train” Hancock.

Here’s Dale performing the song “I Lie When I Drink”