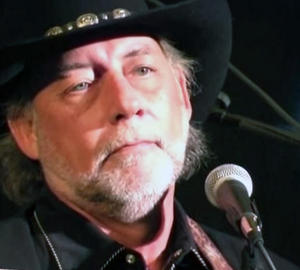 ” The bounty hunters entered Randy Howard’s cabin through the back door.

” Randy Howard was alive for five hours after he was shot, and spoke to police.

” Howard told police he though the bounty hunters were burglars.

” There were two bounty hunters that entered Howard’s house, a father and son.

” Two of the four counts pending in court against Randy Howard resulting in the bench warrant were possibly going to be removed just before his killing.

” Howard was just finishing up a Gospel album when he was killed.

“There was a few things that Randy had came back and said, ‘I really wish I would have done this or that,’ Just a few tweaks to it, and we’re working on getting those tweaks fixed, and we’d like to be able to get that released,” says Tammy Brown, a former girlfriend of Outlaw country artist Randy Howard who remained close friends with the songwriter up to his death on the evening of June 9th, 2015. Howard was shot in a gunfight in his own log cabin home in Lynchburg, Tennessee by a pair of bounty hunters serving a bench warrant for Marion County. The Gospel album called A Pair of Knees and was produced by Howard’s 40-plus year friend Paul Hornsby. Hornsby also produced Howard’s best known album, American Redneck from 1983 that made Randy a cult icon amongst Outlaw country fans.

A Tennessee Bureau of Investigations case is open into Howard’s death at the hands of the bounty hunters—a father/son duo working for A Plus Bail Bonding in Dunlap, TN. But the main question many friends and fans of the slain artist are asking is why did Howard have to die over a simple bench warrant, and did he believe he was acting in self-defense against an intruder?

“He had four counts facing him in Marion County, Tennessee,” friend Tammy Brown explains. “All other charges against him from the past, he had made restitution, he’d paid his fines. Everything else that was going on anywhere, he had satisfied the court. In this one, he had four charges.”

The charges that resulted in the bench warrant against Randy Howard all stemmed from one traffic stop made on Interstate 24 in east Tennessee while the 65-year-old Howard was trying to get to Macon, GA on September 26th, 2014. At the time, Randy’s driver’s license had been revoked.

“He was trying to get back to his hometown of Macon, and he had a flat tire in South Pittsburg, TN on Hwy 24,” says Tammy Brown. “He pulled over, and he was struggling to change the flat tire because his health was bad. He’d broken his leg this past year, and he was just in poor physical shape. So a State Patrolman pulled over and helped him change the tire. They buddied and bonded, and once the tire was changed, he sent him on his way. And as they were pulling on to the interstate, Randy said, ‘I guess he thought I just need to run those plates.’ So the patrolman did, and saw that the vehicle belonged to someone who wasn’t supposed to be driving and he pulled Randy over. He charged him with DUI, he charged him with driving without a license, he charged him with being drunk and having a loaded firearm, and he charged him with drug paraphernalia.”

This all occurred when the songwriter who once was signed to Warner Bros. and Atlantic Records, had shared the stage with Willie Nelson, Waylon Jennings, and Hank Williams Jr., and had two songs cut by Hank Williams III, was going through a difficult period both physically and emotionally.

“Things had gotten pretty sad in the last year,” explains Tammy. “People would say, ‘Randy had all of that talent and just threw it away,’ and I get very defensive about that. It’s hard when you’re in that position, and the things that were going on, it was hard to hold on. He tried. It’s just like anybody with talent, and we’ve all got our demons, and we’ve all got our shortcomings, and he just got overwhelmed, and it kind of just snowballed.”

According Marion County District Attorney General Mike Taylor and Assistant District attorney David McGovern, Howard was eventually released from jail on bond after the original traffic stop, but was ordered to wear a SCRAM ankle alcohol monitor and GPS device, and was ordered to meet with probation officers. However Howard did not report to probation officers, and was not wearing the ankle monitor as he should, and his bond was ordered revoked on 12/23/14. On 1/14/15, the alcohol results came back showing Howard’s blood alcohol was below the legal limit, and the SCRAM alcohol monitor was ordered removed for “medical reasons.” Also on January 14th, the court set the matter to be heard again on 5/13/15. That was the date Randy Howard missed, resulting in the bench warrant.

Randy Howard also broke his leg while in jail custody at one point.

A friend of Randy Howard named Terry Dotson had tried to drive Howard to the court date on May 13th to face the charges stemming from the traffic stop, but Howard refused. “He said he wasn’t going back to jail. That’s what he told me,” Dotson is quoted as saying. So when Howard didn’t show up to court, the bench warrant was issued in Marion County for Howard’s arrest. The two bail bondsman picked up the warrant, and served it at Randy’s 150-year-old log cabin in Lynchburg.

However by the time the bounty hunters arrived at Randy’s cabin, the four charges stemming from the traffic stop in September were possibly going to be reduced to two because according to a blood test, Howard had been below the legal limit at the time of the arrest.

“The drug paraphernalia was a short straw that was rolling around in his vehicle,” Tammy Brown explains. “I’m the first to say that Randy’s not a saint. But they took that for testing, and they drew blood for the DUI. It took months for the results to come back. We found out Thursday after Randy died that he did not register enough to be a DUI, the drunk and having a loaded firearm would go away because he wasn’t drunk. So he was just looking at driving without a license and the paraphernalia. I’m sure Randy didn’t know this. I’m sure he thought he was still facing those four charges. And that probably made him drink and get in a bad frame of mind, and he just didn’t want to go to court. So he didn’t show up.”

When the bounty hunters arrived on Randy Howard’s property to serve the warrant, they did not go to the front door. They went around the cabin to the back, and busted the back door down according to Howard’s executor, beneficiary, and 40+ year friend Tracy Parker of Gainesville, GA.

“The bounty hunter went into Randy’s back door. Randy was in his bedroom downstairs, and heard him,” Tammy Brown explains. “He got off one shot at what he thought was a burglar. And the bounty hunter got off six shots. Randy was only shot once, but there was six shell casings in the floor.”

Police and ambulance were called to the scene at approximately 5:15 p.m., and Randy Howard was taken out of his cabin on a stretcher. According to Tracy Parker, Randy Howard told police, “I thought he was a burglar.” Howard was reported to be lucid and conversational, and there wasn’t a lot of blood. The gun shot he sustained was to the chest, but police and paramedics didn’t immediately see it. He was first taken by ambulance, and then care flighted to the hospital. Five hours later, Randy Howard died at Vanderbilt Hospital.

There appears to be no dispute of whether Randy Howard shot first at the bounty hunters. He injured one of the bounty hunters, Jackie Shell, with the shot. Shell was transported to Erlanger hospital where he underwent surgery. He is expected to fully recover.

“Randy was so tough. He should have been gone a long time ago,” Tammy Brown says. “We didn’t get the whole story until Tracy Parker got there on Thursday (6-11). We thought it could have been Randy’s fault. We really didn’t know what happened. But when Tracy got up there, he got the full story. Randy would want us to get to the bottom of it, and I don’t want anyone else to go through what he did. He didn’t deserve that. People want to portray him in a bad way. ‘Well he was a drunk. He had four DUI’s.’ It wasn’t this violent, awful thing. It just wasn’t like that. He just got in a spiral that he couldn’t get out of. He’d been to get groceries. He still had his groceries still on the kitchen counter. He had some bread and some donuts on the counter and the date was a week out. He didn’t want to die.”

Since it was Randy Howard’s wishes to be cremated, there will be no formal funeral or memorial service. However friends are planning a remembrance for the songwriter in Macon, GA in July.

“He would always say, ‘I know baby I’m not right, but walk a mile in my shoes,'” Tammy Brown says. ” He was very prolific. He was very tongue and cheek. He could make you laugh until you would cry. He had the biggest laugh and the biggest smile. And along with that, you’ve got the dark side. Life will beat you down. And once you’re down, it’s hard to get that momentum back going again.

“It’s bad that this had to happen, but you try to look for some good in things. He’s reaching people, he’s touching people even now. You have to get your strength from that.”

Randy Howard bought his cabin in the mid 80’s with the money he made from Warner Bros. for recording American Redneck. According to Tammy Brown, the cabin was Howard’s pride and joy. “Randy wanted his ashes to be spread in the front of that cabin. And we’re going to do our damnedest to get that done.”

Saving Country Music reached out to the Tennessee Bureau of Investigation and spoke to TBI spokesperson Josh DeVine. Though DeVine refused to speak or confirm specifics about the case, he supplied the following statement:

TBI Agents continue to investigate Tuesday evening’s shooting incident in Lynchburg. Preliminary information indicates a bounty hunter, Jackie Shell, working for a A Plus Bail Bonding in Dunlap, TN shot 65-year-old Randy Howard inside Howard’s residence in the 3100 block of Griffin Road. Howard died as a result of his injuries. Shell shot Howard after Howard fired a weapon at the bounty hunter, who also sustained injuries during the incident. Shell was attempting to serve a bench warrant on Howard out of Marion County, TN for 4th offense DUI, possession of drug paraphernalia, possession of a firearm while intoxicated, and driving on a revoked license.

Saving Country Music also reached out to A Plus Bail Bonding—the company for the bounty hunters—for comments or a statement, and was told, “You’ll have to talk to our lawyers.” Repeated efforts and requests to determine who is legally representing the bonding company were unsuccessful.