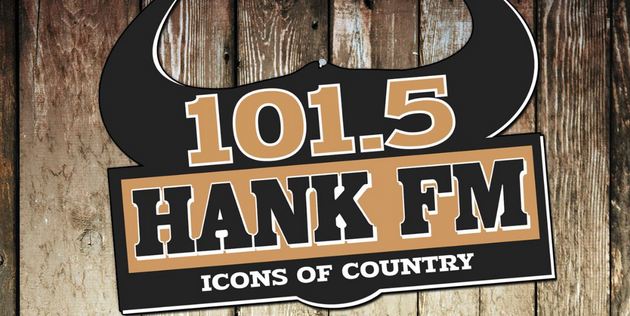 The signs continue to point towards the country music radio format officially splitting in two, with Top 40 country, and “Icon” country covering music from as far back as the 80’s vying for equal share of the country music listenership. The primary impetus for the split has been Cumulus Media’s NASH Icon radio network. As the second-largest radio station owner in the United States, the Cumulus influence is already causing landmark rifts on radio, with their new NASH Icon station in Nashville beating Clear Channel’s powerhouse WSIX.

But if country radio is truly going to split in two, it is going to take the participation of local and regionally-owned radio stations all across the country adopting the new format. Remember, it wasn’t NASH Icon and Cumulus who launched the first radio station under the new proposed format. It was 103.9 The Hawk out of Louisville, KY, that began by calling itself GARTH-FM. Now another local radio station has switched to the new country format, and the verbiage accompanying the format change shows just how much sway NASH Icon is having on country radio land.

101.5 Hank FM out of Dayton, OH, owned by Alpha Media, announced on October 16th it would be switching formats to “iconic hit country music from the 90’s, 80’s and 2000’s” that promises to “differentiate itself by playing the iconic artists absent from Dayton radio musicians that made country music popular such as Garth Brooks, Alan Jackson, George Strait, Reba McEntire, Shania Twain and Brooks & Dunn.”

“101.5 Hank FM is being launched because we miss the ‘golden era’ of country music and we know that a lot of people in Dayton do too,” says the station’s Program Director, Brad Waldo.

“The wise decision to add Hank FM in Dayton becomes part of the foundation to help increase our value as a cluster in the market,” says Alpha Media Executive VP of Programming, Scott Mahalick. “The Icons of Country format connects us to a passionate and underserved audience that continues to grow.”

The Portland, Oregon-based Alpha Media owns a total of 70 radio stations across the country, and is just the type of mid-sized radio company that could play a critical role in eventually splitting country radio in two. And yes, one can’t help but notice the use of “Icon” in their communication about the changeover, signaling that this may eventually be the terminology that gets adopted for the new format, since “classic” (one of the original terms used) never felt like a good fit for a format the doesn’t venture past 1980.

It will take some time for the new “Icon” format to shake out and reveal exactly what it will sound like after all the dust settles, and seeing different stations take variations on the same theme is probably a healthy thing, as program directors across the country monitor ratings and see which approach is working best and what their local market wants to hear. As we have already seen with NASH Icon, not only is the format faring well, it is also attracting new listeners to country radio, or re-engaging old ones, meaning it’s not just simply cannibalizing the stations that already exist, growing the country music pie that much more.

It’s also worth pointing out that the moniker “Hank FM” is not foreign to country music. Numerous more traditionally-oriented radio stations use that name, including 92.1 Hank FM in North Texas, and 98.3 Hank FM in Savannah, GA.

Hank FM is just one station, but once again we see the new idea of older country music taking hold on the airwaves.