New Maren Morris Song “GIRL” Is Not Good, and Not Country 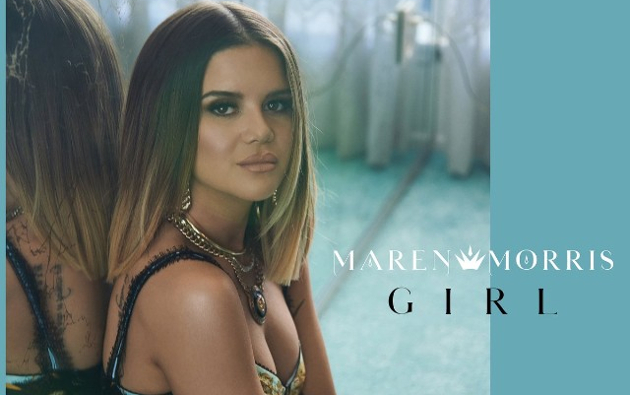 Maren Morris extends her reign as one of the most disappointing acts in all of “country” music by releasing “GIRL”—her first new song in nearly three years aside from that track commissioned for a Target commercial that became a hit in pop. After taking 2 years, 7 months, and 15 some odd days to compose and refine the first important taste of new music from her highly-anticipated second album, all Maren Morris has to show for it is this droning, boring, sludgy snooze fest of a song that drops an ‘S’-bomb three words in, and is absolutely barren of anything resembling any sort of country style or sentiment whatsoever, so help me God.

This song doesn’t belong anywhere near country music, and neither does Maren Morris. “GIRL” capitalizes, underscores, bolds, and bolsters this blatantly obvious and unequivocal conclusion, leaving no room for discussion or argument anymore. Don’t even give this track credit for being “organic.” Though to a quick listen the drums may not sound like the work of an electronic interface, trust me, the beat is too perfect, and the snare crack too refined to be the work of human hands. Sure there’s an electric guitar chuck that plods this lead-filled and lifeless track forward, but whomever picked the tone shouldn’t be allowed to demo used Squiers on the Guitar Center sales floor, let alone infect the public airwaves.

Yes, we’ve heard worse than “GIRL” on country radio lately, but that’s only because Maren Morris’s last single was the ghastly and self-absorbed “Rich” that named dropped Diddy and Prada, and included its own cadre of ‘S’-bombs. Not to be a prude, but this is country music, and is supposed to be the most family-friendly spot on the radio dial. Radio edits aside, Maren Morris can’t even release consecutive singles without leaning on the crutch of cuss words.

Oh but Maren is such a victim of country music’s repressive environment and she’s only trying to open it up, or so she and the media love to say. Even after Maren has won an ACM, CMA, and Grammy Award respectively, at the moment is sitting on five nominations from the upcoming Grammy installment, and has multiple successful radio singles to the detriment of the format (“My Church” aside), still we have to hear how unfair she’s been treated. If anyone has been a victim here, it’s country music, and the countless women who actually play country who’ve been downgraded by the presence of Maren Morris and pop stars like them. If country music feels too restrictive for Maren Morris or anyone else, they can leave any time for the welcoming arms of pop where they belong in the first place. Country music has no obligation to bend to their whims and financially-driven conquests.

Give credit to “GIRL” for its message though. Genre and sonic concerns aside, Maren Morris and her co-writers accomplish articulating self-doubt and vulnerability in an admirable fashion here, and in a way that feels sincere, resonant, universal, and timely, especially for young women who often face elevated criticisms in society, and sometimes the paralyzing emotions that come with it. The lyrical premise of this song is not the problem. In fact it places it above many of its country radio peers.

But if Maren Morris is tired of facing criticism, then maybe she should pull a Taylor Swift and switch to pop. Taylor got tired of lying to herself and the public about the type of music she was making, came clean, and is better off for it, as is country music. Maren Morris should follow suit, and then she can cuss on radio singles and post pictures of herself in sports bras on private jets in arrogant and diminutive moments to curry public praise all day without fear of judgement.

And of course the press for this single precedes the song itself as the usual suspects fawn over the track since its performer fits with their political aliment and says the right things on Twitter. Characterizing this song as political sullies one of the few good things about it, which is its universal message. Many of the same people praising “GIRL” to no end for its empowerment also often cite the term “girl” as a pejorative, and probably for fair reasons. Yes, in some ways perhaps Maren Morris is trying to play off of that with “GIRL.” But she’s also perpetuating this downgrading language by making it the title and what passes for the lyrical hook of this song. We can’t come to a consensus of how “girl” should be used when you’re accusing some of misogyny for using it, but it curries praise for Maren Morris.

I hate writing reviews like this. What are we even doing discussing a song like “GIRL” in the country realm? It’s causing unnecessary conflict. “Well then just ignore it, Trig! Write about something positive! Some unknown artist!” But the reason those artists are unknown is because performers like Maren Morris cast such wide shadows over so many other much more worthy artists—including women who’ve devoted their lives to the genre as opposed to just using it as a stepping stone to pop—you feel inclined to shine a light to beat that shadow back and expose the shortcomings and inconsistencies. I don’t want to hate Maren Morris. Frankly, we shouldn’t even be interfacing with her music as country fans.

You want to listen to a song about overcoming self doubt from a strong female perspective that isn’t melody-bereft and droning? One that is well-crafted, well-sung, country, bolstered by a great performance, tasteful production, and even looms large in the memory of many listeners from a legendary debut of it on the Grand Ole Opry stage? Then go listen to Ashley McBryde’s latest single “Girl Goin’ Nowhere.” It too was just released as a single. But where is the attention for “Girl Goin’ Nowhere” from the press? Where is the push behind it as a single that could help restore feminine voices to the top of country radio charts?

If “GIRL” fails (which it should), it won’t be because Maren Morris is a woman. Songs like “GIRL” are the very reason many of country’s women continue to lose traction as they attempt to push outright pop to the country format, and then cry foul when they fail to find reception. How will “GIRL” eventually fare? We’ll have to see. Morris has been one of the few women radio has been willing to play, and they will feel pressure to give into “GIRL” or leave radio even more thin of feminine voices. As a modern pop song, perhaps “GIRL” is a banger; I wouldn’t know. But positive messaging aside, this isn’t the powerful opening salvo we were hoping for from one of the few women finding success in “country.” It feels miscalculated, inappropriate, and just outright flat.