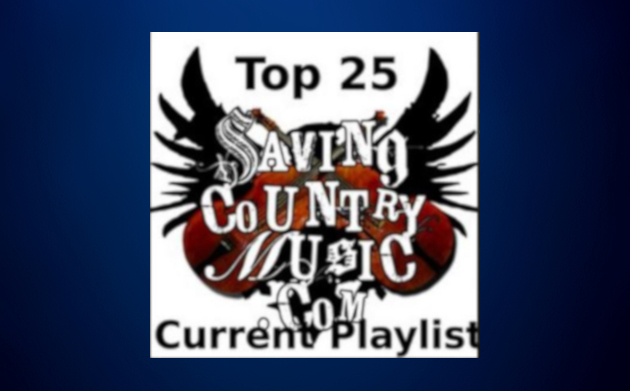 If you’re looking for some fresh selections for your extended 4th of July holiday weekend listening, you’ve come to the right place. The Saving Country Music Top 25 Playlist is meant to keep you in tune with the best songs and albums being released right here, right now, and it has just been reprovisioned to help you get through your extended bout of binge drinking and the final dregs of your fireworks stockpile.

Bluegrass doesn’t always make it onto the playlist, but when it’s as blazing as fiddle maestro Michael Cleveland‘s version of “Tall Fiddler,” it would be a travesty to leave it off. This title track off his new album due out August 23rd on Compass Records leads the newest additions.

Erin Enderlin is known for writing songs for the likes of Alan Jackson, Lee Ann Womack, Randy Travis, and regularly collaborating with Jamey Johnson. She is in the midst of releasing a succession of EPs throughout 2019, and the title track of her second installment “I Can Be Your Whiskey” makes the cut.

Shane Smith & the Saints have just released their conceptualized new album Hail Mary, and though selecting one song out of the sequence feels like separating a sibling from its family, the song “We Were Something” has been selected for the playlist.

Elijah Ocean is an artist and side man Saving Country Music has been wanting to feature more prominently for years. Regularly playing bass for some of the biggest names in independent country and Americana, he also writes and performs his own music. His latest single “I Left My One Spot (Back at the 5 Spot)” about the famous east Nashville haunt makes the list.

And finally, a honky tonk band from Seattle, WA named Santa Poco has just released a hot shit four song EP, and the opening song “Handy Man” makes it on the playlist.

The Saving Country Music Top 25 Playlist primarily lives on Spotify, but is also available for those who use YouTube, Google Play, Tidal, and on Apple Music thanks to Country Exclusive. For those who don’t stream music, you can still find the song recommendations in list form below.

Please Note: The songs on this playlist are curated for listening pleasure and flow. Otherwise, they are not in any specific order.