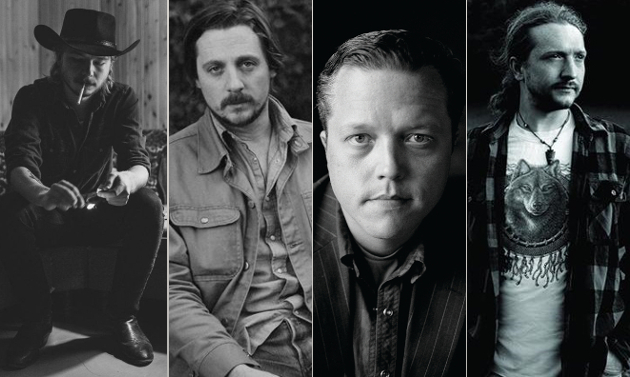 Want to see Tyler Childers, Sturgill Simpson, Colter Wall, and Jason Isbell all on the same bill? Perhaps add Brandi Carlile, Charlie Parr, Courtney Barnett, and JD McPherson on top of that? Well you’ll get your chance this summer at one of America’s longest-running live institutions, The Newport Folk Festival. The fest has stepped up their game big time in 2018, and is offering a decidedly country and Americana flavor to this year’s lineup.

Held at Fort Adams State Park in Newport, Rhode Island since 1959, it’s the festival where Dylan went electric and Johnny Cash introduced Kristofferson to the world. But this year it will be known as the place where country and Americana acts who are surging in popularity will bivouac July 27-29th, and don’t be surprised if there are quite a few collaborations between artists on stage—something the Newport Folk Fest is especially famous for.

Even with the beefy lineup Newport has presented so far, the festival still has more names to add, and that’s on top of the surprise, unannounced appearances which often happen at Newport. Over the last few years, surprise appearances have included Kris Kristofferson and Roger Waters. Since bringing on Jay Sweet in 2008, the festival has gone through a resurgence after years of poor financial management, and 2018 might be its biggest lineup in the modern era yet.

But if you want to go, you better get good at begging or stealing because the festival has already sold out, like it has done often over the last few years even before the lineup is announced. But don’t fret, they often stream and tape performances, so you will hopefully still have a chance to see sets and collaborations from your favorite artists.

Salivate over the the initial 2018 Newport Folk Festival lineup below.