NFL Fans, Sorry For Luke Bryan & The Bad Country During the Draft

Trigger Down with Pop Country 43 Comments 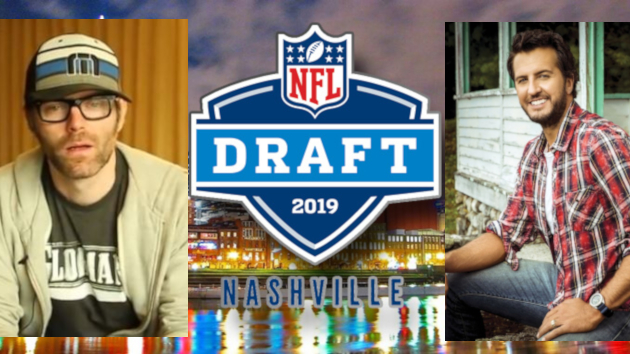 As the true disciples and aficionados of actual country music, we want to formally apologize to you all for the bad country music and doltish characters you will be forced to endure during this week’s NFL Draft coverage. We promise, we don’t promote or condone the music of Luke Bryan, are as abhorred by Bobby Bones as you are, and don’t in any way take ownership in the other douche nozzles you may be exposed to during the presentation of the 2019 Draft, or any of its satellite events. We prefer country music artists like Cody Jinks, The Turnpike Troubadours, Ashley McBryde, and Sunny Sweeney, who you won’t see playing any of these functions, or hear on the radio for that matter, but embody what the true essence of modern country is really about. Please understand this bad country music does not represent the best of what country music has to offer, just what corporate overloads with real bad taste allow the masses to hear, while the best stuff flies under-the-radar. Please accept our deepest apologies.

The 2019 NFL Draft will be happening beginning Thursday evening (4-25) and spilling over into the weekend. What once was a perfunctory part of the NFL offseason has now become a major television event, with more public interest in the third round pick for the Buffalo Bills than the annual Veteran’s Era pick for the Country Music Hall of Fame. The draft was held in New York for many years, but has been in different cities recently, with this year the NFL deciding to head south to Nashville, which means really shitty country music being showcased on the national stage while sports fans look on with bewilderment, wondering, “What happened to this genre?”

Some of the embarrassing country music personalities scheduled to appear include Luke Bryan, who apparently will be a big part of the Thursday night festivities on ABC, along with radio personality Bobby Bones, who will be a part of the presentation both Thursday and Friday. Of course these two duds know just about as much about the NFL as they do about country music. But you know, you’ve got to get that cross-promotional action up-and-running since both appear on ABC’s American Idol. This is the first year coverage of the draft coverage will air on ABC proper during prime time.

Along with these two, you can expect plenty of today’s bad country “hits” to be featured going into and coming out of the Draft’s commercial breaks. Jake Owen, Cole Swindell, and Chris Lane all already participated in a Sirius XM pre-party event on Wednesday night, and expect many other bad country stars to pop in and out as you follow along.

It won’t all be terrible though. Apparently Dolly Parton has participated in some voice over work as part of the NFL Network presentation, and depending on what they choose to perform, the much more tolerable Tim McGraw and Dierks Bentley appearing on a stage set up on Lower Broadway Thursday and Friday night might be passable. Nonetheless, if you happen to be in Nashville for the Draft festivities, avoid the mainstream nonsense, and stop into Robert’s Western World for a fried bologna sandwich and some real authentic honky tonk, or Alan Jackson’s place where they only book actual country music. And if you find yourself needing to induce vomiting or in the midst of gastrointestinal distress, may we suggest stopping into the Jason Aldean or Florida-Georgia Line-themed bars on Lower Broadway to foul up their facilities.

Unlike the NFL Draft where teams will be vetting the best, brightest, and most talented individuals for showcasing on the sport’s biggest stage, the system used to evaluate and reward talent in country music is completely inverted, with often the most talentless, creatively bankrupt, and skill-addled performers being foisted into the brightest spotlight. Keith Urban’s recent wins as the CMA and ACM Entertainer of the Year is the perfect example. This would be like expending a 1st round pick on a 3rd string punter.

So anyway football fans, our sincerest apologies. There actually is some amazing country music in the modern era just waiting out there to be discovered. But like that stellar, franchise quarterback you can pick up in the 5th round, you just have to dig to find it.