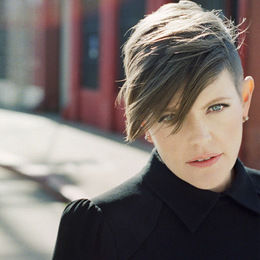 Former Dixie Chick Natalie Maines has a knack for allowing her words to precede her. She left country after her quote about George W. Bush torpedoed the trio’s career, and ever since she’s been lobbing grenades back in country’s direction, including yet another in a new Rolling Stone article that represents her as “declaring war on Nashville.” Natalie says of her former genre,  “I just didn’t like how blatant country music was. Nothing seemed poetic or subtle.”

The problem is not Natalie Maines’ post-country comments themselves. Many of them are completely true, and that’s why they upset and scare so many. The problem is the collateral damage they cause because she doesn’t offer any distinction between mainstream radio country, and the rest of the genre that represents tremendous creativity, subtly, open-mindedness, and sonic innovation.

Many of Natalie’s sentiments are ones that Saving Country Music makes on a regular basis to the point of being redundant, but not without qualifying where they are being directed, like at the money changers on Music Row for example, or a speicific artist or a specific song. Natalie on the other hand seems to be lumping all of country music together and then setting it on fire, including a remarkable and inspiring new wellspring of female talent in the form of artists like Kellie Pickler, Ashley Monroe, Caitlin Rose, Kacey Musgraves, and others that are starting to inject new life into country, and deconstruct many of the mores that led to the destruction of The Dixie Chicks in the first place.

Specifically to the “War on Nashville,” lumping Nashville in with the mainstream country music industry is an outmoded and unhelpful way of couching things. It discounts the burgeoning east Nashville scene, the contributions to music from artists of other genres, and the independent music role models like Jack White that now call the city home.

One of the most important elements for artists in any genre is authenticity, and the more anti-country statements Natalie makes, the more it erodes the legacy of The Dixie Chicks and the meaning behind their songs, whether Maines’ heart was into the music in the first place, or not. It’s not that Maines doesn’t have the benefit of perspective. Her father Lloyd Maines has worked with many creative and heartfelt independent country artists over the years as a producer and steel guitar player. The Dixie Chicks hit “Long Time Gone” written by Darrell Scott tackled how Nashville had become too polished and had lost touch with its roots.

Maines has every right to carry a grudge after the way The Dixie Chicks were black balled and battered with death threats. But I’m afraid that she’s now beginning to identify herself with conflict. However right Natalie was, as soon as you believe that you’re fundamentally a better person than anyone else, you tend to cease to be. Natalie Maines is justified in being angry at a lot off different people for a lot of reasons. But the artists and entities of country music that had nothing to do with a conflict a decade ago and are trying to turn the tide of mainstream country and tackle the very same criticisms Natalie is making, need help and inspiration from some one like Natalie Maines, not a berating.