No, Pop-Punk Is Not Country Music’s Next Frontier 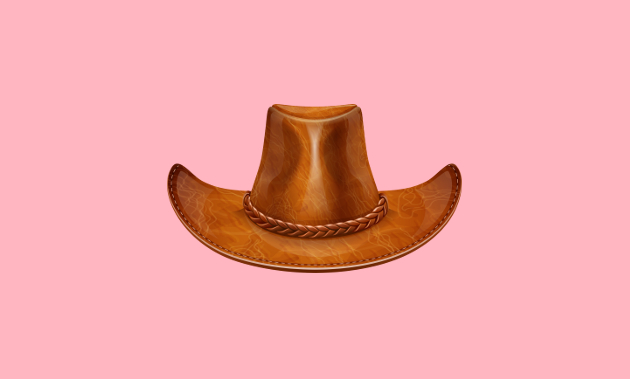 Hey, have I seen that piece on Pitchfork proclaiming Pop-Punk is Country Music’s Next Frontier? From the two dozen or so emails I’ve received, and the permeation of links to the story I’ve seen on social media, my guess is many of you have. Though I question how many actually took time to read it, or if they just saw the provocative title, and the incensing graphic of emo hair adorned with a cowboy hat floating in a pink background and decided it didn’t matter what the article said, the symbolism and premise was damning enough.

If anything, the examples given in the Pitchfork article point to mainstream country’s further homogenization and adherence to the monogenre where no significant influence or direction in the music can be espied whatsoever. Today’s mainstream country is just a blanket garble of electronic beats, urban annunciations, rock guitars, and possibly a country-esque lyric in one verse or the always insulting token banjo in an attempt to keep it honest to the genre. But lately, even these formalities have been deprecated for pop arrangements and mutt influences by pop producers who’ve infiltrated the country world.

Instead of being a think piece like the title implies, this Pitchfork article really is a puff piece for a very specific up-and-coming mainstream country music artist—that being second generation songwriter and performer Tucker Beathard, who is the son of Casey Beathard. The idea here is that Tucker grew up in the stately confines of Franklin, Tennessee listening to Paramore and Blink-182, and now he’s bringing those influences to country music. The only other artist even named to hold up this idea that pop-punk is country music’s next frontier is Cassadee Pope, who won The Voice half a decade ago, and whose country career has been spinning its tires for a few years now (her last single stalled at #55).

The idea that either these artists, or their music, or a few other examples cited like a 2014 Kenny Chesney single have anything to do with pop-punk is ridiculous. Is there some pop-punk influence in certain artists or singles? Sure, but only because there’s every kind of influence in everything since there are no more gatekeepers, boundaries, pure influences, roots, or even reasonable definitions to help artists or the public define what genre a song is in the mainstream. And this is about the only point the Pitchfork piece gets right.

“‘Country’ is what country labels release and country radio plays and country fans buy,” asserts the article’s author Nick Murray. “That’s why questions about what country music is—as in, what are the characteristics that make music ‘country’?—has no set answer. Yet what critics often miss, even when they reach this conclusion, is that answering the question doesn’t dissolve it. It’s an illusion to think that there’s something essential at the bottom of country music, but it’s this illusion that holds the genre together, gives it coherence.”

And that’s exactly what is so worrisome about the current state of country music. If all you have is an illusion holding country music together, and no even basic sonic parameters or identifiable sound, then you have nothing. It has been said many times before, but when rock ceased to be able to define itself, that is when it imploded as a legitimate industry and radio format. Now, the only major artists left in the rock arena are ones from past eras when the term “rock” meant something. Country music is also barreling down that same path of indefinable irrelevancy due to its desire to be all things to all people.

In fact in the Pitchfork piece, a songwriter by the name of Jonathan Singleton admits that you don’t even have to follow the most basic rules to sell a song as country anymore. “When we started, Tucker had a lot of rock songs that we were trying to figure out how they were country songs,” Singleton says of the younger Beathard. “Then we changed our thinking: He’s from Nashville and his dad’s a country songwriter, so whatever he does, maybe that is the new country. We quit trying to put acoustic guitars and banjos on there.”

So the only thing that makes Tucker Beathard’s music country is the fact that his dad is employed as a country songwriter? So knock yourself out, do whatever you want, and feel free to call it country music? Many assert this is the way of “evolution” and the rabid creative freedom of today’s country music medium. But frittering away what makes different styles of music sound different isn’t a celebration of diversity, it is the death of it.

Tucker Beathard’s one and only successful single “Rock On” is held up as an example of how country music could be headed in a pop-punk direction in the Pitchfork article, but there is little to nothing indicative of Green Day, Blink-182, or even early Paramore in this particular song. Instead, it’s indicative of every single other generic mainstream country music single sung by a male, including electronic accoutrements, the same exact drum beat Jim Lill exposed as being “the beat” for today’s country hits, a rising chorus, and Ebonic phrasing of the lyrics. In fact the only reason the single reached #2 on radio is because it was a beneficiary of iHeartMedia’s “On The Verge” program.

I hate this dueling think piece business, but what Nick Murray’s Pitchfork article establishes is not that pop-punk will be in country music’s future, but that country’s future will be even more bleached of the influences and signature sounds that make country music unique in the marketplace. And if it continues down that path, country music may have no future at all except for just the symbolic name people call music that emanates from Nashville.