No Really, Taylor Swift’s “We Are Never Ever…” Is Not Country

Trigger Down with Pop Country 51 Comments 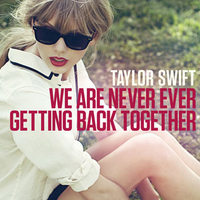 The long running, incessant debate about what is country and what is not can get so bogged down in manusha and rehashed arguments that even I get tired of it sometimes despite it being one of the reasons I founded this website. With Taylor Swift’s song “We Are Never Ever Getting Back Together” you can make a clear case that this is the first song ever that is 100% certified pop, yet is somehow labeled country. But even this argument feels moot. Country music’s autonomy has been so compromised at this point, and the boundaries stretched so ridiculously in the pop and rock and rap directions, arguing about it seems about as useful as trying to reason with the sun to not set in the evening.

Where the situation has become exceptional though surrounds the Billboard Hot 100 Country Charts and their newly-implemented rules that reward digital downloads, online streaming data, and “crossover” plays on pop radio, firmly ensconcing Swift’s “We Are Never…” in the #1 spot for now a second week. Forget what you or I want to call country, when it comes to “We Are Never…” not even the artist or her label is calling it country. In fact, they are going out of their way to not call it country and label it pop, releasing the song in two versions, with the “pop” version being the “preferred” or “official” version of the song.

When talking to the USA Today, Taylor Swift explained that she wanted to make the song purposely poppy and positively radio friendly to get back at an ex-boyfriend.

(He) made me feel like I wasn’t as good or as relevant as these hipster bands he listened to. So I made a song that I knew would absolutely drive him crazy when he heard it on the radio. Not only would it hopefully be played a lot, so that he’d have to hear it, but it’s the opposite of the kind of music that he was trying to make me feel inferior to.

In other words, Taylor Swift specifically made this song to lack substance. And when asked why she would make a song specifically to torment someone, Swift’s answer was, “Because that’s fun.”

But back to the Billboard issue, according to Taylor’s label Big Machine Records, the only “official” version is the pop one. Though the “country” version was sent to some country radio stations, this version is not available to the public if you buy “We Are Never…” on iTunes, Amazon, or anywhere digital music is sold. You will receive the pop version. In fact, the only entity that appears to be calling “We Are Never…” a country song, is Billboard.

“We Are Never…” has gone on to become the best-selling digital single released by a female, ever, eclipsing Ke$ha’s “Tik-Tok” by selling 623,000 copies in its first week, and selling 2.4 million copies total and counting. And every one of these sales, even though they are specifically labeled “pop,” along with the data of its plays on pop radio are going into account of how “We Are Never…” fares on charts meant for country music.

In a live chat through Twangout on Friday, Billboard Editorial Director Bill Werde did not directly answer the question of why Billboard had deemed Swift’s “We Are Never…” as a country song, but did admit they had, despite the pop delineation coming from Swift’s label.

Our viewpoint is philosophically, genre charts, whether it’s R&B or country, should be a list of the biggest country songs in the world right now. So if we identify a song as country, then all of its airplay travels with that song.

As one of the Twangout chat’s moderators Rita Ballou of Rawhide & Velvet pointed out, “The people that are upset, they should be more upset at the song.”

That is a good point, but Billboard is the one determining it as a country song, not the song itself, the label, or the artist. Billboard seems to be the only one not clued in that “We Are Never Ever Getting Back Together” is not country, affecting the integrity of their chart and causing a backlash amongst certain country music fans.

(A complete analysis of the Bill Werde Twangout live chat is coming.)

Bill Werde, Billboard, Chart, Ke$ha, Taylor Swift, We Are Never Ever Getting Back Together