No Rest for Kacey Musgraves. Now It’s Time for “Rainbow” 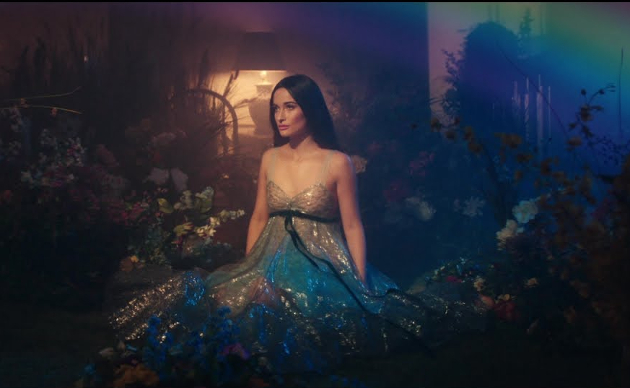 Here it is the day after the 2019 Grammy Awards. All of the trophies have been handed out. The confetti has been swept up from all the after parties. Dan + Shay have taken turns holding each other’s hair as they vomit up their designer drugs from the night before into a hotel suite toilet, and stare at a clock wondering if they can make it in an Uber to their pedicure appointments in Beverley Hills, or if they”ll blow it off. And Kacey Musgraves is all of a sudden one of the biggest names in country music after taking home four Grammys, including Best Country Album, and the biggest prize in all of popular music, Album of the Year.

But there is no rest for the weary. Country music remains very much in peril, especially on one particular front. And for the first time in the cycle of Kacey’s award-winning album Golden Hour, she’s poised to have an impact on the last bastion of resistance to the rehabilitation of the genre: country radio.

Make no mistake, the think pieces were already written before the awards were even handed out, and more will come soon about the injustice that Musgraves has suffered—how she has earned so much awards show hardware, yet has received no radio play. To the outside entertainment media looking into country, they don’t understand how country radio works, specifically that for the format to play something, it has to be promoted to it, and with budgets that often stretch to seven figures.

With Golden Hour, Kacey Musgraves and her team purposely did not promote a radio single. Instead, they saved their nickels, spent their promotional budgets on big videos, and hatched a strategy that side stepped country airplay. Words like “misogyny” will be thrown around about how radio has dealt with Kacey Musgraves, but Musgraves is just as much at fault as anyone for the lack of Golden Hour radio play. Until now that is.

Hoping for a big 2019 Grammy Awards—which is exactly what Kacey Musgraves enjoyed—her label MCA Nashville has sent the song “Rainbow” to country radio, and with a push. This isn’t wishful thinking, like when the label sent the Musgraves songs “Butterflies” and “Space Cowboy” to radio stations when Golden Hour was first released in March of 2018 and said, “Here. Either play them, or don’t. We really don’t care.” This is a proper single release, bolstered by the Grammy success, a performance of “Rainbow” on the Grammy presentation, and even a brand new video released shortly after the Grammy Awards concluded (see below).

Saving Country Music was admittedly lukewarm on the Golden Hour project when it was first released, but with the caveat that it included some excellent songs, including “Space Cowboy,” which won the Grammy for Best Country Song, and “Rainbow.” The song is arguably the greatest composition from a record that was the Album of the Year in the Grammy’s estimation. Granted, “Space Cowboy” or “Butterflies” (the latter which also won a Grammy for Best Country Solo Performance) are probably better suited for the mainstream country radio format. They’re more accessible, and infectious. Pushing “Rainbow” is a bold move, but it ultimately could be very successful if the cards fall right, which they have so far heading out of the 2019 Grammy Awards.

Will radio play it? That’s the million-dollar question. The song was already receiving some radio adds and spins ahead of the 2019 Grammys in anticipation of a big night for Kacey. Certainly more stations will at least consider it to celebrate Kacey’s big wins. One of the problems with country radio is it’s such an all-in game. If there’s no clear vision for a song going to #1, there’s almost no reason to play it at all. There are no more moderate successes on radio, which is one of the reasons women are evaporating from the format. But this is a flaw in the system. Even if “Rainbow” goes Top 20, it will be a success for radio, for Kacey Musgraves, and for country music. It may even do better with all the Grammy momentum. But the most important measure must be if it’s given a fair opportunity to find whatever success it has coming to it on the country radio format.

Kacey Musgraves and MCA Nashville are playing a little bit of chicken with radio here. They don’t need country radio. They just proved that with four Grammy Awards, not to mention the CMA for Album of the Year awarded back in November. Releasing “Rainbow” to radio is about something bigger. It’s a big test to see if radio will listen to the will of the people, and play a worthy song from a recognized artist, or continue to be the embarrassment of the genre, and the last bastion of resistance to songs of substance. The awards shows have come around, for the most part at least. So have touring numbers, and other important measures. It’s now time for radio to follow suit, and the success or failure of “Rainbow” could be a huge bellwether.

Congratulations to Kacey Musgraves and all involved in the Grammy wins. But this is no time to rest on laurels. And luckily, they’re not. It’s time to take this Grammy momentum, and make some inroads into radio. And that is exactly what Musgraves and MCA Nashville are trying to do with “Rainbow.”