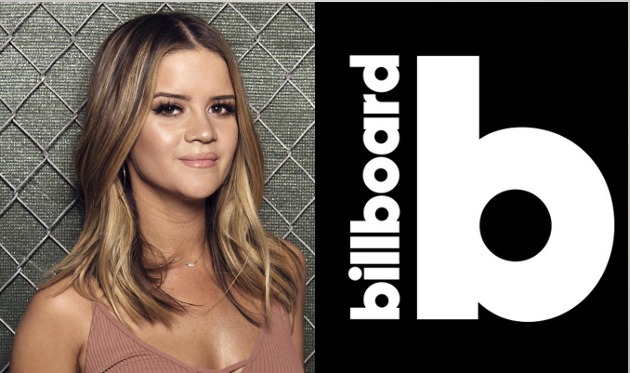 The big news in country music on Wednesday (12-5) was how for the first time in the nearly 30-year history of Billboard’s Country Airplay chart, there wasn’t even one woman represented in the Top 20. By Billboard’s charting methods, this is true. And regardless of whatever other clarification points proceed that result, it is most certainly yet another troubling sign for the representation of women in country music that should be taken to heart by everyone who cares about the genre, and wants to make sure every artist regardless of sex or any other factor is treated equitably.

But saying there were no women in the country radio Top 20 should come with a very important caveat that Billboard and others left out when reporting on the story. There actually was a song by a woman that was played enough to be in the Top 20 of Billboard’s Country Airplay chart this week. In fact it was played enough where it could have qualified for the Top 10. Furthermore, if you zoom out and look at how this week’s Billboard Country Airplay chart should have played out, you can even make the case that this song by a country woman should have been the #1 song on country radio this week.

That song is “Rich” by Maren Morris, which despite Billboard’s chart reporting—and by Billboard’s own data—received more spins on country radio last week than all but ten other songs. Also, if you take into consideration the trajectory of the single, a strong case could be made that it should have topped the Billboard Country Airplay chart this week. The reason that it didn’t is because Kane Brown’s “Lose It” was given that distinction instead of “Rich.”

There are two major companies that track plays on country radio. One is MediaBase, and the other is SoundScan. MediaBase is the metric Country Aircheck and other publishers use to compile their radio charts, while Billboard and others prefer Soundscan data. The primary difference between the two charts is the specific radio stations that report to them, though the positions of songs on the two charts mostly parallel each other, give or take one or two spots.

On this week’s MediaBase chart, “Rich” by Maren Morris is at #10, after falling from the #2 position last week. That would mean there is a song in country radio’s Top 20, and even Top 10. As per normal on country radio, when a single reaches its peak position—which “Rich” did last week—it’s common for it to fall significantly, which “Rich” did. It dropped a total of 2,932 plays over the week from MediaBase reporting stations, which is a lot. But it still received 5,050 spins, which was good enough for 10th place.

So how is “Rich” still in 10th place on the MediaBase country airplay chart this week, but dropped completely off of Billboard’s Country Airplay Top 60 during the same reporting period? It’s because Billboard and Soundscan sent “Rich” to what’s called the Billboard Country Recurrent Chart. What does “recurrent” mean? It means it is a single that is not actively being promoted to radio, but is still receiving spins, or as Billboard stipulates, “Descending, non-bulleted titles below No. 10 in either audience or detections.”

In the case of Maren Morris and “Rich,” the song still received enough spins to come in at #2 on the Billboard Country Recurrent Chart, only edged out by Chris Young’s “Hangin’ On.” And if it had been kept on the Country Airplay chart proper, it would have kept the chart from falling into this dubious distinction of being the first time no woman was represented in the Top 20. All things equal, “Rich” should have been at #8 on the Billboard Country Airplay chart this week if it hadn’t been sent to recurrent.

But the issue goes even deeper than that. As chart observers know, and many engaged fans often complain about, big mainstream country acts all seem get their chance to have a #1 song on radio, almost as if it’s an orderly system preordained even before a single is released. We’ve seen this time and time again, especially with country males, including many you’ve never heard of who release a debut single, and despite no true groundswell behind the song or their career, they still end up at #1 on radio. A couple of weeks ago, we saw this with Jimmy Allen, and his single “Best Shot.”

If you follow that system, Maren Morris and “Rich” shouldn’t have fallen onto the recurrent chart this week, it should have been #1. But instead, the #1 went to Kane Brown and “Lose It.” Where Kane Brown’s label was pushing for max radio spins last week for him, Maren Morris’s label was pulling support from “Rich.” More important to note, both Kane Brown and Maren Morris are signed to the same label group, Sony Music Nashville. And if “Rich” wasn’t #1 this week, it should have been #1 last week when Jimmie Allen spent his 2nd week at #1 on country radio with “Best Shot.”

Saving Country Music just covered this issue in-depth earlier this week in regards to the failure of the current Pistol Annies single, “Got My Name Changed Back.” It’s often not the case that radio is refusing to play women, and that is why they are becoming more and more absent from the charts. It’s because their record labels are either not promoting and pushing those singles to radio in a similar fashion to their male counterparts, or in the case of Maren Morris, and previously with Carrie Underwood’s “Cry Pretty” which was pulled before her album release date earlier this year, labels are pulling support prematurely of the same goals that most men attain.

Whether it was last week or this week, Maren Morris should have received a #1 for “Rich.” The fact that she didn’t is the reason there are no women in the Billboard Country Airplay Top 20 at the moment. Granted, “Rich” is not a country song, and probably doesn’t belong on a country chart at all. Neither do Jimmie Allen’s “Best Shot” or Kane Brown’s “Lose It.” But that’s a fight for another day. It’s also interesting how much of the media has been touting both Kane Brown and Jimmie Allen as the introduction of inclusion into mainstream country, when they were the two artists directly responsible for excluding Maren Morris from a #1, and women from Billboard Country Airplay Top 20 this week.

There’s a good chance Carrie Underwood’s “Love Wins” will enter the Billboard Country Airplay chart next week, or in the coming weeks, erasing the dubious distinction for country of having no women in the Top 20 on radio. But until the advocates for women in country begin to recognize the label mechanics behind this issue as opposed to solely blaming radio stations and local programmers—many of whom aren’t even making the decisions on their playlists, and are taking orders on high from iHeartMeida and Cumulus—the issue with women disappearing on country radio and from the charts will continue to persist, if not get worse. As we can see this week, the current strategy certainly isn’t making things better.