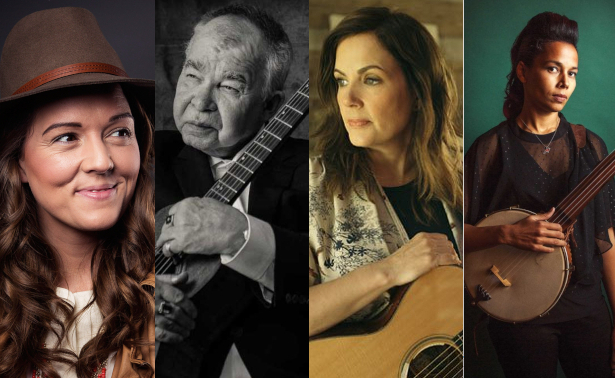 The Americana Music Association has announced the 2019 nominees for their annual Americana Music Awards to be held this September at the Ryman Auditorium in Nashville. In a video hosted by The Milk Carton Kids taped at Soundcheck Nashville on Tuesday, May 14th, four nominees in six categories were unveiled to be voted on by the Americana music community for the genre’s top honors.

The amount of women and the amount of diversity evidenced by the nominees will be the big takeaway from the 2019 selections. Artist of the Year is a clean sweep for the women of Americana, and three of the four nominees for Album of the Year are from women. All four of the Duo/Group nominees includes female members, while two are solely female groups. Emerging Act of the Year also includes three women out of the five nominees, and no white men.

Though many will praise the diversity showcased in the nominees, expanding nomination lists from four to five would have resulted in even more attention and diversity of potential winners. The Americana Music Association seems to work on a sliding scale between four to five nominees each year, with the only category in 2019 including five names being Emerging Artist of the Year. One more nominee in each group would have helped round out the nominees.

Also with all the emphasis on diversity, it might be fair to question if the “who” is being selected before the “what,” with the most curious omission being Brent Cobb, who was nominated by the Grammy Awards for Best Americana Album, but receives no nominations here. Colter Wall continues to be elusive in the eyes of Americana despite wide reception, critical acclaim, and popularity. And American Aquarium, which put out a highly-regarded album during the eligibility period with Things Change feels like they could have received a nomination in an expanded field. Also, if Kacey Musgraves is going to be considered for awards, perhaps the Pistol Annies could have been too. The Annies courted Americana radio with their last record.

Winners will be announced on Wednesday, September 11th at the Americana Music Awards as part of the greater AmericanaFest conference. Find the full list of nominees below.

Emerging Act of the Year