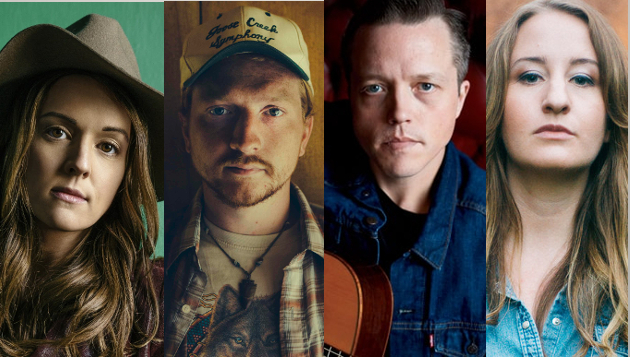 The Americana Music Association has announced their nominees for the 2018 Americana Music Awards. In a ceremony held at the Country Music Hall of Fame on Tuesday afternoon (5/15), nominees in six categories were announced, with four total nominations going to Jason Isbell, and three going to both Brandi Carlile and Margo Price.

The ceremony also featured performances by the four nominees for Instrumentalist of the Year, guitar player Molly Tuttle, drummer Jerry Pentacost, fiddle player Brittany Haas, and guitarist Daniel Donato. At one point Jason Isbell crashed the presentation being hosted by the Milk Carton Kids. “You don’t come pick ’em up ’till September brother,” they joked, while Isbell played like Kanye to Taylor Swift, saying at one point to the Milk Carton Kids, “You need to make a record with Dave Cobb, and then every year they’ll just keep on nominating you.”

The full list of nominees can be seen below, as well as a video of the entire nominee presentation. Winners will be announced at the annual awards show at the Ryman Auditorium Wednesday, September 12th as part of AmericanaFest.