Now Even Saving Country Music Is Talking About Adele’s “25” 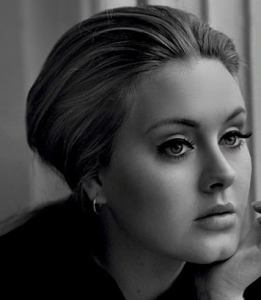 If country music doesn’t have Adele envy, it should.

When former “country” artist Taylor Swift sold 1.287 million copies of her record 1989 on its debut week, it was a feat not matched since 2002. With streaming, the disillusion with the album concept, and the general implosion of the music industry, we all thought we would never see a similar feat ever again. And Adele right now is on pace to sell over double the first week sales of Taylor Swift’s 1989, or roughly 2.5 million copies.

That’s the power of music and song. Don’t let anyone tell you music doesn’t have value, or characterize that the public believes that in total. CD’s are not just plastic, and vinyl is not just a hipster craze. And it’s not just audiophiles who believe this. Many listeners believe in the power and value of music. There’s just no music worth spending their money on, and no artists left who can unite the listenership en masse. The era when the top tier of popular music regardless of genre resonated throughout the population and brought together listeners because of the incredible showcase of talent and artistry is a thing of the past. The numbers put up by Taylor Swift, and now Adele are not just exposing the strength of these artists, it’s exposing that the public is willing to pay for music. They just don’t believe there’s anything worth paying for.

Take out your musical chemistry kit, blast this record with protons, break it down to its most basic components, and there’s not a whole lot here. There’s a song, a voice, a piano, some percussion, maybe some organ and guitar you barely even notice, and that’s about it. Even the cover is just a close up of Adele. The artwork inside is simple still shots from the studio. Done. Package it up, and hope you make enough copies to fill demand. And in some locations, they didn’t.

The title of this album is for Adele’s age when she wrote this material, but I’m not sure I believe that. Adele is timeless, and ageless. She could be forty, or she could be from the 40’s. In the end it doesn’t really matter what her age is, because she’s flies above trend and defies taste. She’s a mother, yet still in many ways a child. She was born in 1988, which is astonishing to accept as she steps out onto the stage with such command, like the entirety of musical history is present in her lungs, imbibing her music with the depths of wisdom from a life long lived. How freshman a song like Taylor Swift’s “Shake It Off” sounds besides Adele’s “Hello.” Taylor Swift symbolizes the here and now, which can be quite alluring and potent to the public. Adele symbolizes all that has ever been, and all that will ever be in music, careless of trend, universal in topic, and resonant to the point where it might be the one thing in a discordant society that can build anything resembling consensus around.

Adele’s 25 is no masterpiece. Some moments are sleepy, others feel forced. How the hell the terrible bubblegum pop producers Max Martin and Shellback made their way on this track list is an abomination. Luckily, the pair of Swedish producers are only credited on one song. It’s warming to think perhaps they worked on an entire album’s worth of material before Adele saw the forest for the trees, and told Max Martin and Shellback to go back to sequencing Top 40 hits for boy bands. The last thing Adele needs is names preceding hers. I half suspect the one track the collaboration yielded was just so these two musical cancers could weasel their names on what they knew might be the album of the century. And as you would expect, “Send My Love (To Your New Lover)” is the worst track on this record, with the two producers absconding with songwriting credits for ruining Adele’s melody and replacing it with this acrobatic vocal levity that lacks any idea of decorum. 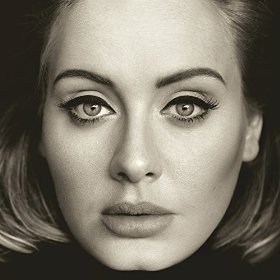 Many of the later tracks on 25 tend to bog down just a little bit, but overall this material is stellar. “Hello” is every bit of the timeless, “song of a generation” it will soon become, and the power of Adele’s voice in the song is what secured such an incredible sales feat for this record upon its debut. Clear the galley and just let the woman sing. “When We Were Young,” which appears to be groomed for the second single from the album, is worthy of following up the weight of “Home.” The “less is more” doctrine is what works best for Adele, and the simple “Remedy” is a song that it would be criminal to look past, despite it featuring just Adele and piano.

But I’m not sure even “Home” can match the bite of “River Lea.” As much of a Queen Bee as Adele appears to be when she takes center stage, you still have to appreciate she hasn’t seen 27 Christmas seasons. Yet she is very cognizant of who she is, her flaws, and her misdirections.

Everybody tells me it’s ’bout time that I moved on
And I need to learn to lighten up and learn how to be young
But my heart is a valley, it’s so shallow and man made
I’m scared to death if I let you in that you’ll see I’m just a fake
Sometimes I feel lonely in the arms of your touch
But I know that’s just me cause nothing ever is enough
When I was a child I grew up by the River Lea
There was something in the water, now that something’s in me
Oh I can’t go back, but the reeves are growing out of my fingertips
I can’t go back to the river

But it’s in my roots, in my veins
It’s in my blood and I stain every heart that I use to heal the pain

If there was a country song on 25, it would be this one. You can’t go wrong with a river song, and one about your roots. And by the way, Adele didn’t write “River Lea” in a committee, nor did she solicit song publishers from around the country and world to procure the material for this record. 25 is all her, with some simple co-writes extended to the producers on the tracks as appears to be the modern custom of today. Only “All I Ask” finds a notable plurality of contributors, including Bruno Mars, and stands in the pool of the album’s weakest tracks. The less Adele you get, the weaker a song becomes. And vice versa.

Adele won’t define a generation, she will defy all of them. Chatter about how she’s such a great role model because of her conservative dress, and how she’s an inspiring story for body image proponents seems like careless, superfluous chatter while in Adele’s court, even if it’s true. Who would question Adele’s beauty and mystique? She leads from within.

Adele’s 25 might not be your style of music, and that’s perfectly understandable. But what it symbolizes beyond the songs themselves is that the power of music is still alive. Country fans, heavy metal fans, fans of preserving music in public schools, they should all stand up and cheer the unification of the populous around an artist of great substance and timeless appeal, and one of the best singers ever to walk the earth.

P.S. Adele also can say she was on the Chris Stapleton bandwagon way before everyone else since covered his song “If It Hadn’t Been For Love” on 2011’s ’21’ bonus edition.