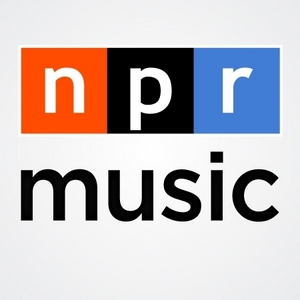 Music streaming and how to monetize it fairly for artists and songwriters has been one of those ever-present issues for the last couple of years, with the average consumer being way too busy to wade through the complexities of the matter, and many artists, labels, and songwriters too engaged in being heated over the subject to actually think about composing pragmatic solutions to solve it. In the end, consumers just want to be able to access music easily, some of them care about their favorite artists getting paid (but probably don’t want to put too much effort in figuring out how), and artists want to make a sustainable income. On the edge of a new paradigm, things always seem to be shaky, especially when they concern the lumbering music industry.

In June of 2014, Saving Country Music published an in-depth proposal of how NPR Music could potentially do a solid to the music industry, music fans, songwriters, artists, and publishers by launching their own streaming service to compete with services like Spotify and Pandora—companies whose minuscule payouts are at the heart of streaming music ire. SCM detailed how NPR has the name recognition, the infrastructure, the local and national footprint, and industry relationships to pull it off, and most importantly, might need to pull it off in the changing music and radio environment to survive. And because NPR is not-for-profit, it could give the organization a competitive advantage over a crowded field in being able to compensate artists equitably for their music.

The not-for-profit nature of NPR was also probably the biggest hurdle to NPR actually taking up the streaming challenge, but now a new wrinkle, and a new example of how streaming may soon take over the entire music and radio enterprise, should spurn NPR into looking more deeply into its streaming prospects.

Announced last week, the owned-by-the-public British institution the BBC is putting together their own streaming music format, called the “New Music Discovery Service.” It will include over 50,000 tracks that have been broadcast on the BBC in recent months, customized playlists to help listeners navigate the crush of new music and discover something they may enjoy, and hopefully put the BBC on a more equal playing field with services like Spotify and others.

“The rapid growth in digital and online access to music is responsible for significant change in the UK music industry and is affecting how audiences use our music services,” says the BBC. “We must evolve our music offering so that it serves new audience needs and habits and allows us to remain a strong partner and contributor to the UK creative sector.”

And even more interesting, the BBC says the emphasis on their streaming service would be on more niche and independent music, which regularly gets overlooked by larger commercial listening outlets on traditional radio.

“We would make this product a champion for new UK music … We would also use it to increase our support for specialist genres, independent artists and labels those who are less supported by the wider broadcast and digital market but for whom there are enthusiastic audiences. We would do this by featuring their music prominently in the playlists we curate, and we would add to the range of broadcast tracks by also offering a set proportion of music from [labels] which has not previously featured on BBC services.”

Right now there is no set timeline of when the new BBC streaming service may launch, but there already may be a snag. Music industry trade group BPI is worried the BBC thinks it won’t have to pay royalties for the music streamed on the service, but the BBC seems to be early enough in its planning stages that this hurdle should be cleared.

Back to NPR, one problem with launching a streaming service now is there is significantly more competition, including a new streaming service through Apple which shares many of the same listeners as NPR. In fact the BBC lost one of its most popular DJ’s, Zane Lowe, to Apple as part of Apple’s new streaming launch.

However the launch of NPR One—a curated streaming app for news from the organization, could be the precursor to offering curated music streaming as well.

It may not be a question of if, but when NPR will get into the streaming business as it quickly becomes a necessity to survive in the digital era.